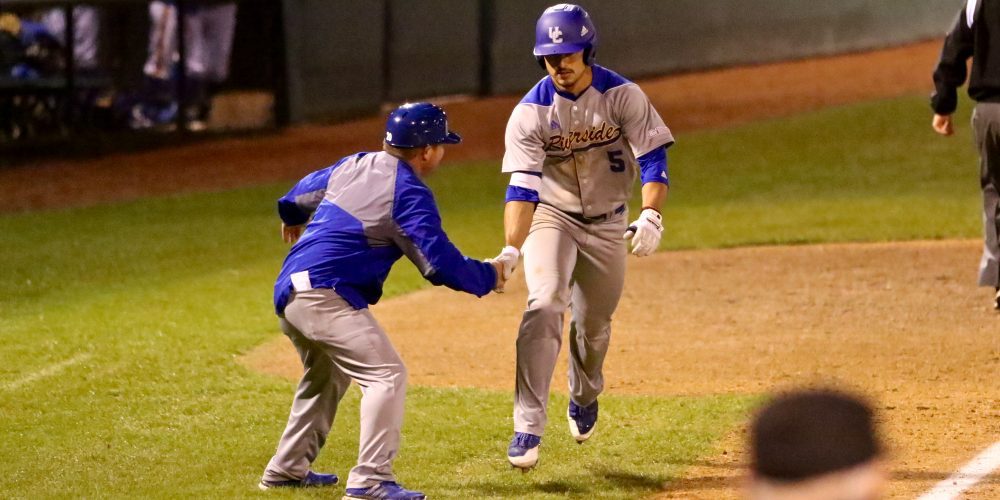 Mark Contreras was the star of the night with a two-run homer. (Shotgun Spratling)

Under The Radar: UC Riverside

LOS ANGELES — UC Riverside senior Mark Contreras had an idea of what was coming.

“I learned that whatever they throw me 2-2, they are going to come at me 3-2, so I just kind of trusted that,” Contreras said. “I had it in the back of my head. I wasn’t sitting, but I was just reading something up.”

With the tying run at third base, UCLA sidewinding sophomore closer Brian Gadsby had attacked Contreras with a plethora of[…]