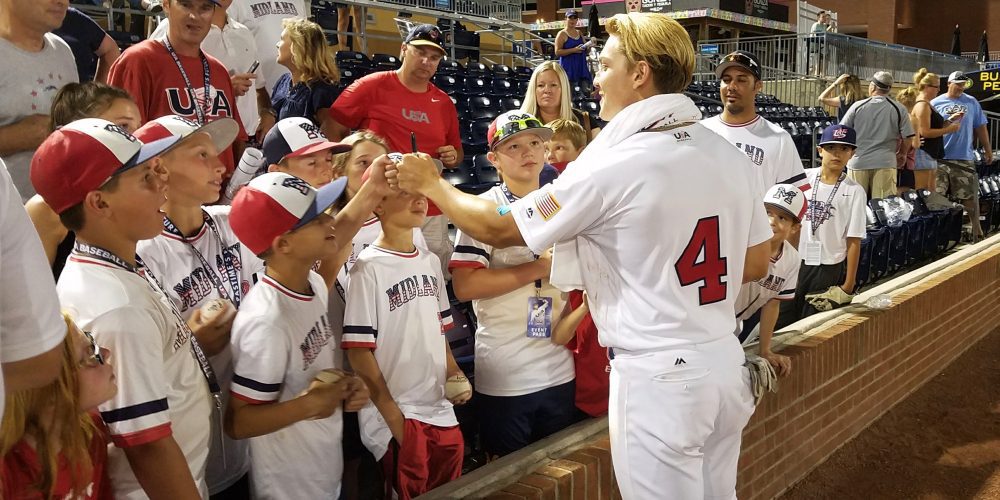 DURHAM, N.C. — USA Baseball’s Collegiate National Team completed a four-game sweep of its series against Chinese Taipei with an 8-6 win Saturday night at the Durham Bulls Athletic Park in front of a strong crowd of 2,865.

Pitching carried the Americans in the previous three wins in the series, during which they allowed just four runs total. But before Saturday’s game, Team USA head coach John Savage (UCLA) said he hoped to get his bats going in advance of a five-game series against Cuba, and the bats responded on Saturday, rapping out eight hits. Team USA jumped out to a 7-0 lead through two innings and held off Taiwan’s comeback bid.

“I think we’re certainly capable (offensively). I mean, we’ve got some very talented hitters here,” Savage said. “It’s a short sample, as everybody knows. You go two 0-for-4s, you feel like you’re in a slump but you’re really not. So you’ve got to kind of use your experience a little bit. We know we have good players, and when they use the middle of the field and get back to their strengths, they’re kind of right back on track right away. This isn’t a lengthy season, so you don’t worry about slumps, you just really want to keep their confidence in the right direction and make sure they’re staying together.”

Here’s a look at some of the players who stood out in the Chinese Taipei series and, in particular, in Saturday’s finale.