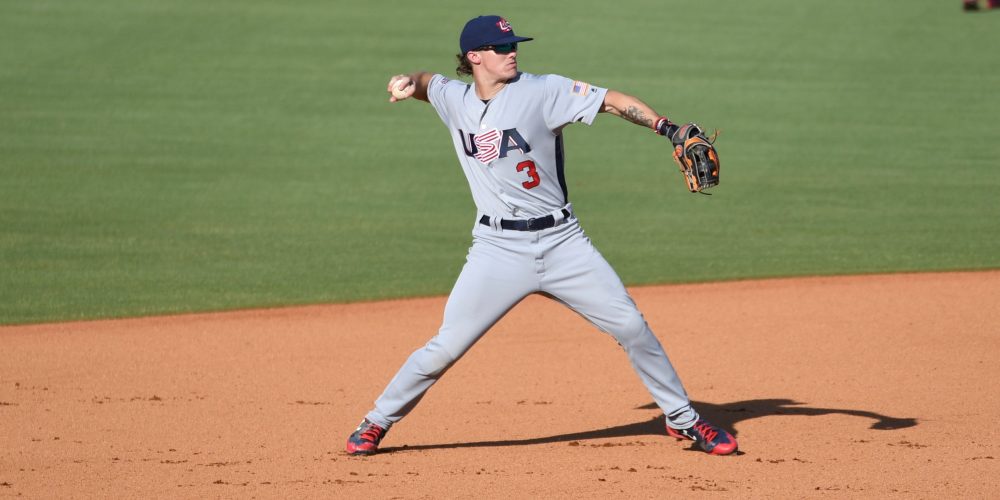 NOTE: This list only includes players who appeared in international competition for Team USA against Chinese Taipei, Cuba and/or Japan. 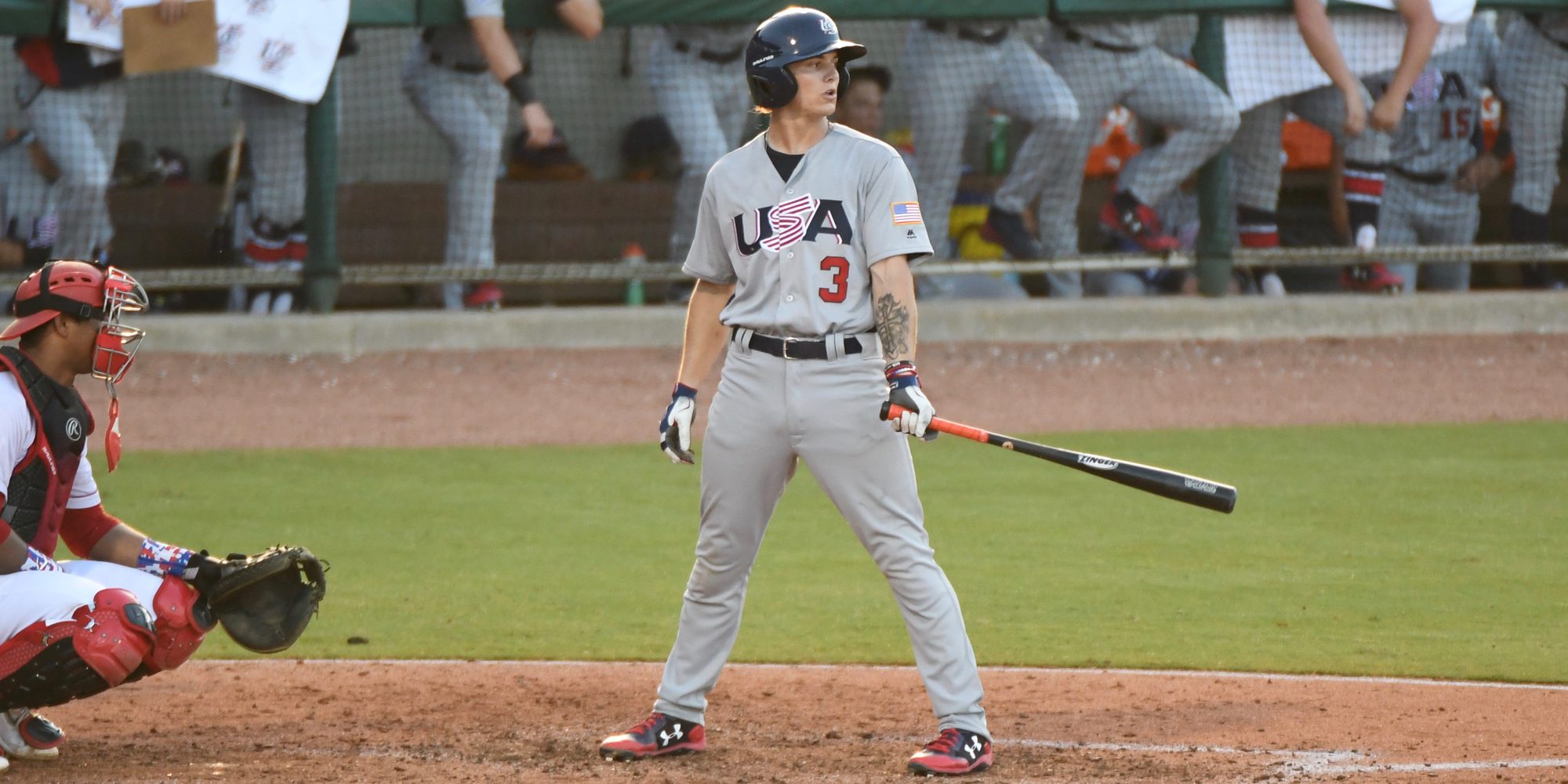 Grenier’s calling card is his excellent defense at shortstop, where he really stands out for his lateral quickness and smooth actions. Team USA coach John Savage said he’s “like a panther” who plays low to the ground and gets great reads off the bat. He has 55 arm strength, but it plays up because of its accuracy. He also has the versatility to play second base or third easily, so he could have a future as a valuable utilityman, but scouts think he has a real shot to stick at short. Grenier is a good athlete with above-average speed, and he’s instinctive on the basepaths as well as on defense. The question mark about him is his righthanded bat. He has an inward swing path that is not direct to the ball, his back foot slides and he rushes out to his front side, resulting in a lot of swing-and-misses. He does have strength in his quick-twitch 5-foot-10, 185-pound frame, and he started to drive the ball with more authority toward the end of the summer. But he’s much better against lefthanded pitching and must improve significantly against righties. Out of high school, Grenier had a tendency to try to lift the ball and swing for the fences, but he’s working to become more of a line-drive hitter, and he’s making progress. He improved his OPS from .653 as a freshman to .828 as a sophomore, and if his bat continues to evolve, he’s got a chance to jump into the first couple of rounds next June.