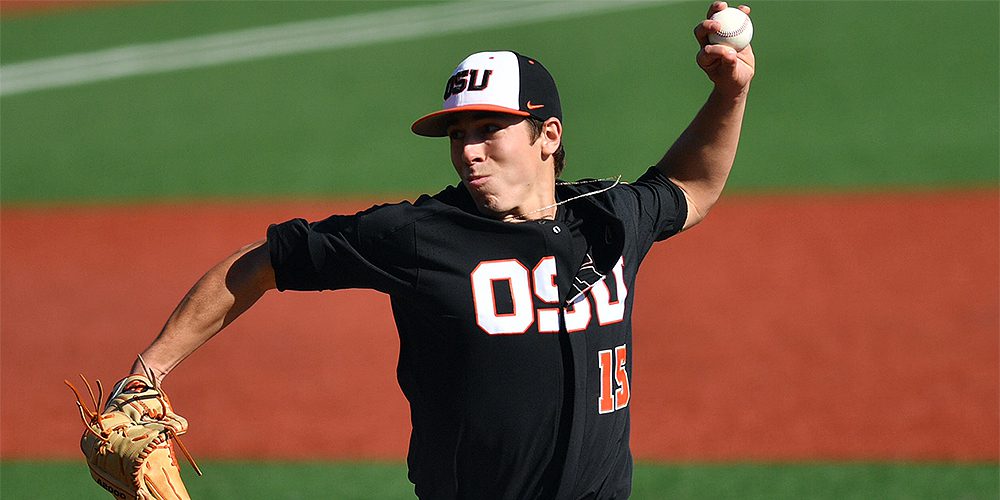 If you’re wondering why Oregon State is playing like a team on a mission to inflict sheer destruction, there’s a good reason for it.

The Beavers, as head coach Pat Casey says, are always looking full speed ahead with the goal of constantly getting better. But there’s no doubt the feeling of despair left at the end of last season serves as somewhat of a motivating factor.

For those who don’t remember, the Beavers began the season 16-2 entering a key Pac-12 series at California. In the Friday contest, righthander Drew Rasmussen went down with a season-ending injury, and frankly, the Beavers were never the same the rest of the season as lefty Luke Heimlich was thrust from the bullpen to the starting rotation, leaving OSU with limited depth on the back-end of the bullpen. Even then, the Beavers notched conference series wins over league co-champs Utah and Washington and did enough to make the postseason with a 16-14 conference mark and more than respectable 35-19 overall record.

Come Selection Monday, name after name scrolled across television screen on ESPN. Sixty-four team names were listed and Oregon State wasn’t one of them.

This team is making sure that situation doesn’t arise again.

“I do think there were some kids who were upset. They weren’t upset with the selection process because I think they understand how difficult that process is. But how it happened was hard,” Casey said. “The kids feel like they don’t want that to happen again. I’m not sure if they have a chip on their shoulder, because we don’t really use that as a rallying cry. But all these kids just want to make sure we’re a better team.”