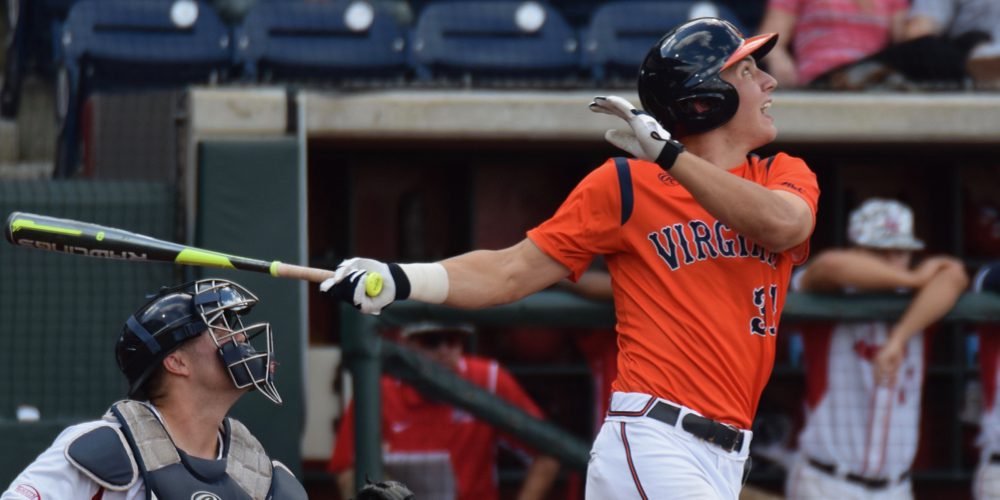 Conference play is still a week or two away in most league, but it begins this weekend in the Atlantic Coast Conference. Here’s a quick peek at some of the ACC’s top storylines heading into conference play.

The only matchup between Top 25 opponents during the first weekend of ACC play will take place in Chapel Hill, where impending weather has altered the schedule (the teams will play the opener at 3:30 p.m. Friday, then play a doubleheader starting at noon Saturday). The Cavaliers have had UNC’s number in recent years, winning the last four series between the clubs and nine of the last 11 games between them. But this will be Virginia’s first real test of the season, as it opened the season by going 12-1 against mostly soft competition (none of those 13 games were against teams we projected to make regionals in the preseason, and just four of the 13 came against teams that currently have winning records).

By contrast, UNC has played two quality nonconference series against Kentucky and Long Beach State, going a combined 4-2 in those matchups. Given the disparity in the strength of schedules these teams have played, it’s hard to glean too much from early statistics, but so far Virginia’s offense is living up to its lofty billing. The Cavs rank third in the nation in scoring (10.3 runs per game), and they have shown abnormal power, smacking 16 long balls already — their most through 13 games in the Brian O’Connor era. Preseason All-American Adam Haseley leads the team with five homers, all to the opposite field. Two outfielders we pegged as crucial breakout candidates in the fall — Cameron Simmons and Jake McCarthy — have delivered in a big way so far this year. Simmons leads the team with a .439 batting average, while McCarthy is tied for the national lead with 11 stolen bases in 11 tries.

The Cavs also have struck out just 32 times in 13 games, nearly half the strikeout total of any other ACC team (Georgia Tech has the next-fewest with 60). So it will be fascinating to watch how UVa.’s hitters fare Friday against J.B. Bukauskas, who ranks 12th in the nation with 30 strikeouts through three starts and leads the ACC with a 0.45 ERA. He’ll be opposed by sophomore lefthander Daniel Lynch (3-0, 3.06) in the opener. Between the wily Lynch and Haseley in Game Three, UNC will face two lefthanded starting pitchers this weekend, but the Tar Heels are better equipped to hold their own against southpaws this year than they have been in the past, because their lineup features a nice balance of righties and lefties.

The Game Two matchup between UNC freshman RHP Luca Dalatri (2-1, 3.43) and UVa. RHP Evan Sperling (3-0, 2.84) is also very intriguing, as both of them are big-bodied power pitchers who are quickly emerging as stars in their first taste of Division I baseball.

The Wolfpack had lost five of its last seven games and tumbled 14 spots in the D1Baseball Top 25, but it stopped the bleeding with an 8-5 win at UNC Wilmington on Wednesday. Now the ’Pack must travel to Winston-Salem to take on a confident Wake Forest team riding a seven-game winning streak, including a big Wednesday road win at Coastal Carolina.

On paper, this feels like it should be an offensive series in an offensive ballpark. Wake, in particular, has been very potent at the plate, batting .328 as a team and ranking among the conference leaders in most offensive categories. ACC RBI leader Gavin Sheets (26 RBI) plus multi-tooled center fielder Stuart Fairchild and emerging sophomore Johnny Aiello are each batting .321 or better with four or more homers. Veterans Ben Breazeale, Jake Mueller and Jonathan Pryor are all hitting better than .400. 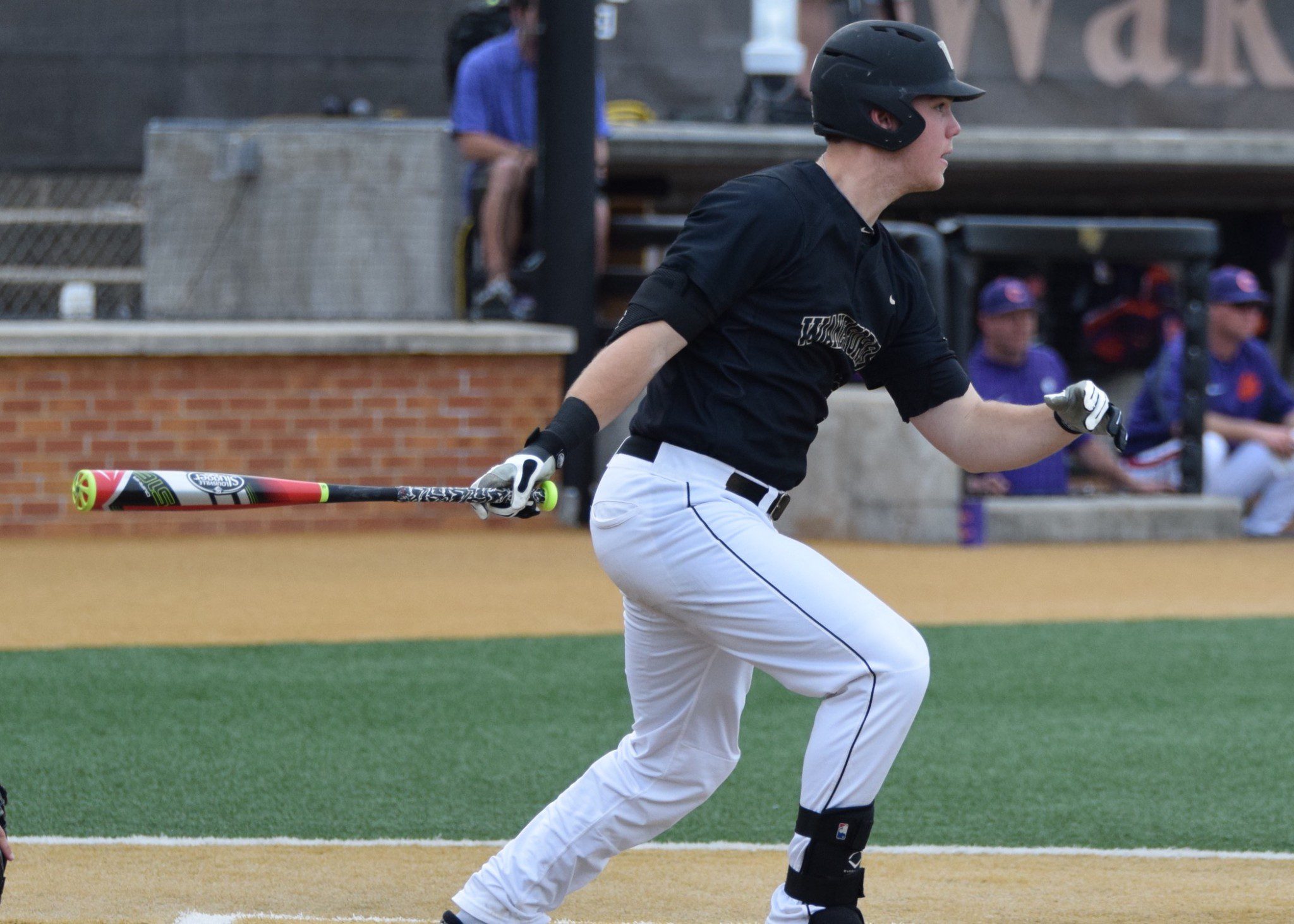 We keep waiting for NC State to get its offense going, because this is a very talented lineup that has underachieved thus far. The Wolfpack is hitting just .263 as a team, and it needs Evan Mendoza (.176), Shane Shepard (.167) and Brett Kinneman (.250) to perform closer to their potential. The Wolfpack rotation has also been a work in progress, but it will get a boost this weekend when ace lefty Brian Brown makes his first start of the season. Brown missed the first two weeks due to injury but made his season debut with a scoreless inning last Sunday against UMass Lowell. Brown is slated to start Game Two of the series against Connor Johnstone. Two power righties will face off in the series finale: NCSU freshman Dalton Feeney against Wake’s Donnie Sellers.

Best Team Of The Preconference Season

The Cardinals (12-0) are the only unbeaten team left standing in the ACC. They certainly haven’t faced the most robust early-season schedule, with just four of their first 12 games coming against teams that currently have winning records. But Louisville has utterly dominated its opposition, outscoring its foes 125-29 while leading the league in batting (.354), OBP (.444), slugging (.556), ERA (1.93) and opponents’ batting average (.188). The Cardinals are heavy favorites this weekend in a three-game home series against Pittsburgh (7-4).

Most Disappointing Team Of The Preconference Season

The Hurricanes started the season ranked in the preseason Top 25, even after losing many key pieces of last year’s Omaha team — they have earned the benefit of the doubt over the years. But heading into Week Four, Miami is just 4-8, and its .172 team batting average ranks near the very bottom of the Division I ranks. It’s hard to find bright spots in this lineup; Carl Chester leads the team’s regulars with a .256 batting average, and well, nobody else has been marginally competent. The Hurricanes have been a middle-of-the-pack pitching club (3.87 EA), but their woeful offense is a major concern heading into a tough series against Georgia Tech. We’ll find out just what Miami is made of in a hurry.

Surprise, surprise: Florida State leads the ACC with 97 walks in 13 games — 30 more walks than any other team in the conference. Plate discipline has been the hallmark of FSU’s program for a long time, and that characteristic has helped the Seminoles get off to a strong start despite some early struggles by some of their key hitters. Our Thomas Woodrey posted an in-depth breakdown of the FSU lineup on Thursday.

Do you really need to ask? McKay, the nation’s premier two-way player for the third straight year, is hitting a ridiculous .613/.689/1.097 with four homers and 15 RBIs. He has as many walks-plus-HBPs (12) as he has made outs. Oh, and he’s 2-0, 0.82 with 14 strikeouts and four walks in 11 innings as a pitcher. He did not pitch last week due to a minor abdominal strain, but he is slated to return to the rotation Friday against Pitt.

A slam-dunk first-round pick with a chance to be drafted among the top five to 10 picks, Bukauskas has lived up to the hype early on this year, leading the ACC with a 0.45 ERA and ranking second with 30 strikeouts. The righthander has learned to command his 93-97 mph fastball and wipeout 84-87 slider better than he did earlier in his career, and he has developed his changeup into a quality third offering. In short, Bukauskas has become the complete package.

It’s hard to dispute the notion that Wilhite has made a bigger impact than any other freshman in the ACC so far. He’s fielding 1.000 as Georgia Tech’s starting shortstop — one of the two most important and challenging positions on the diamond — and he ranks third in the ACC with a .457 average in 11 games. A quick-twitch athlete with good range and smooth infield actions, Wilhite has proven more advanced than expected so far with the bat. He’s a big reason for Georgia Tech’s 9-2 start heading into its first ACC series against Miami.