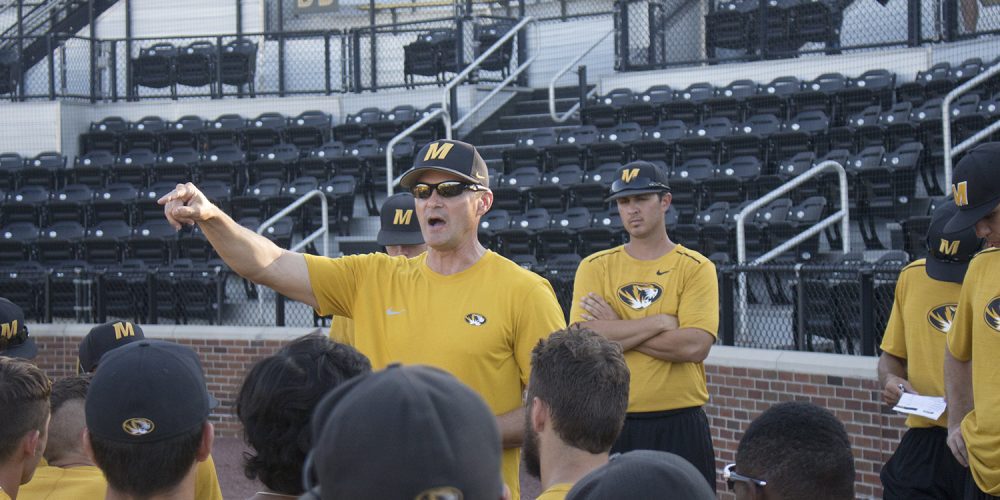 Steve Bieser has Missouri off to a 20-1 start

TUSCALOOSA, Ala. — Winning can be contagious. If that is indeed the case, Steve Bieser should try his luck with the Powerball lottery. The first year Missouri head coach enters Friday’s series against Arkansas with 20 consecutive victories. The Tigers just swept their SEC opening series at Alabama and cracked the Top 25 this week.

“The days we don’t hit, our pitchers are throwing really well,” Bieser said. “We don’t hide the fact that there is a winning streak but they don’t talk about it. The only thing that matters is today’s game. That is all we can control. It is nice that our fans and other people are talking about it, but it hasn’t been a big thing.”

Few expected this sizzling opening 20-1 record as Bieser took over the helm of the Tiger program from long-time coach Tim Jamieson, a program without a postseason appearance since 2012. While they do not yet have a ton of marquee victories, his squad keeps finding ways to win.

“I was hopeful that we would have this kind of start,” Bieser said. “We are not denying that the schedule was good for us. It was something that was handed over to me. I do think that it was the perfect fit for us as a club with 50 percent newbies. In reality, it was 100 percent because they have an entirely new coaching staff. Everyone is new to the system. Being able to get out early and settle in to have opportunities to make mistakes but then be able to overcome them has been very valuable in the overall scheme of things here.”