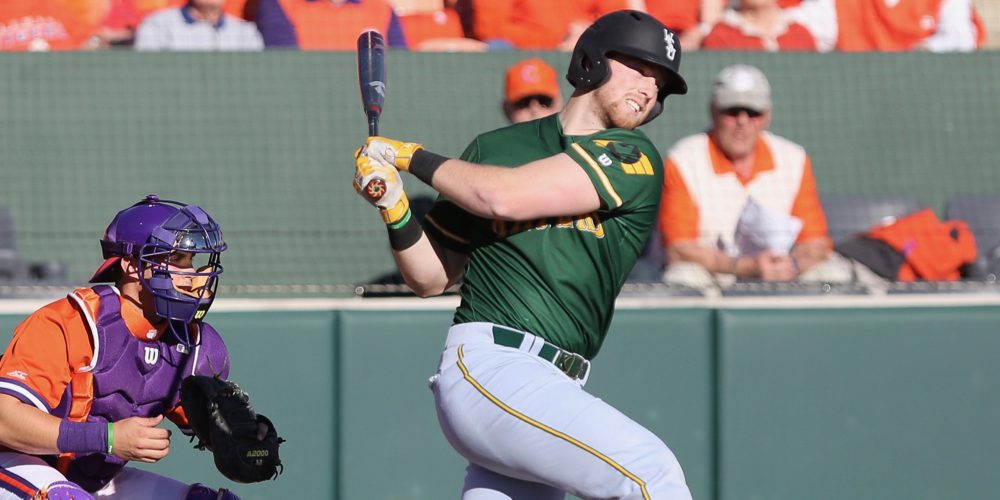 Wright State has been down this road before.

After building the Raiders into a force in the Horizon League during his nine-year tenure, Rob Cooper left for Penn State in the summer of 2012. The Raiders replaced him with a young up-and-coming coach, former Cooper assistant Greg Lovelady. Then 33 years old, Lovelady inherited a 25-win team and guided it to 35 wins in his first year, then a school-record 43 wins and a regional final in his second year, and then a new school-record 46 wins and another regional final in Year Three.

That was last spring, and Lovelady left after the season to return to his native Florida as the head coach at UCF. The Raiders didn’t try to reinvent the wheel after he left — they just promoted another young up-and-comer who had served on Lovelady’s staff to be their new head coach: Jeff Mercer.

A star player for the Raiders in 2008 and 2009, Mercer learned a lot from Cooper and Lovelady, and he hopes to continue the tradition of excellence that they created (with Mercer’s help, first as a player and then as an assistant). He’s off to a great start — his Raiders made waves in Week One by taking two of three on the road from then-No. 15 Clemson. They’ll go back to the Palmetto State this weekend to take on No. 4 South Carolina, in a series that suddenly looks awfully intriguing.

〈
Previous Article Sorenson: Off The Top Of My Head
Next Article Hail St. Mary's, Full Of Grace
〉