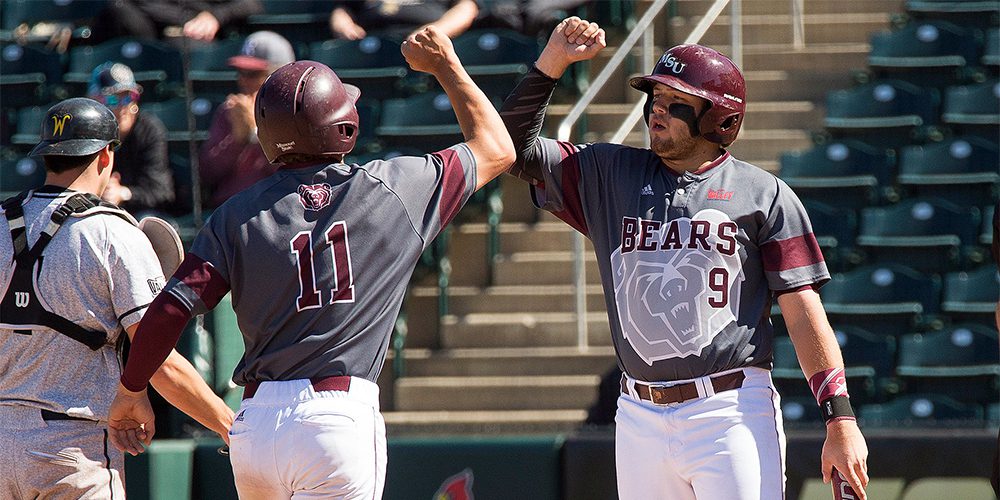 Missouri State sent shockwaves around the country back in 2015 when it finished Missouri Valley Conference play with an outstanding 18-3 record, while also earning a national seed and an eventual trip to a super regional, where it was tripped up by Arkansas in a series that went three games.

That team with all that premier talent finished the season with a 49-12 record. That’s certainly special, but how about the 2017 version of the Bears? As it stands, the Bears enter the series opener at Illinois State with an unblemished mark in MVC play — 17-0. The Bears also have an impressive 36-14 overall record and are in line to potentially host a regional in nearby Ozark, Mo.

It’s hard to imagine this team being better than the 2015 club that included one of the top one-two punches in college baseball in Matt Hall and Jon Harris. But is it possible? Missouri State coach Keith Guttin isn’t sure that’s the case just yet, but loves the direction his team is headed as the NCAA postseason nears.

“Well, Harris and Hall were two All-Americans and were our one and two guys in the rotation, and that’s about a once in lifetime deal, but I think the bullpens are comparable,” Guttin said. “I don’t know if this team offensively is as good as the 2015 club was 1-9 in the offensive lineup, but we’ve got three or four guys at the top who can really make us go and are having great years.”