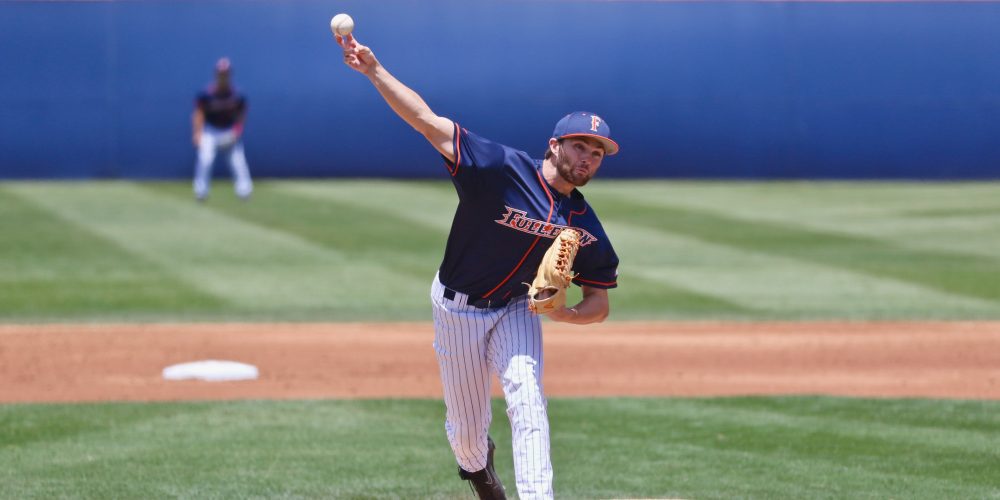 FULLERTON, Calif. — At Cal State Fullerton’s Goodwin Field on Sunday and Monday, the field produced unique conditions. The wind howled out of the park during the Titans’ games against UC Santa Barbara and Saint Mary’s.

Anything hit hard enough to get above the highest areas of the tempest-blocking stadium seating and press box got a significant shove forward. Nine home runs flew out of the yard, including the first career round trippers for junior Tristan Hildebrandt and freshman Daniel Cope along with the second of junior Brett Rasso’s career.

Scott Hurst hit a pair after the Anemoi[…]