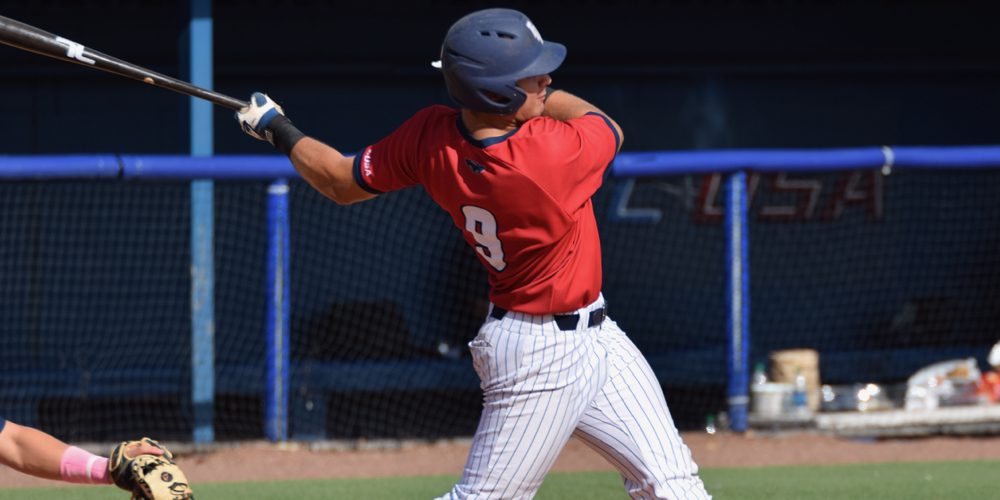 For the past three years, that’s been the motto for the Florida Atlantic Owls – the words they say to each other before they hit the field and the sentiment they carry in their hearts in good times or bad.

Only The Family – or OTF in Owls shorthand – has guided the team through the horrors of cancer as coach John McCormack and catcher Kevin Abraham were diagnosed within three months of each other but are now cancer-free for over a year in a story that’s been well-documented.

OTF has been the rallying cry as the Owls have navigated this season undefeated in terms of weekend series won (6-0-1). They are 4-2-1 in games against Big Ten teams Indiana, Illinois and Rutgers.

In Conference USA, the Owls swept Middle Tennessee and took two out of three from Rice and UAB. The series win over Rice was the first in school history.

The Owls (19-8-1, 7-2) enter this weekend tied with Old Dominion for second place in C-USA, one game behind Southern Miss. Florida Atlantic will visit Charlotte (16-13, 5-4) this weekend.

And, as always, the Owls will take their spirit of togetherness with them to the diamond.

“Every day when practice is over and also before games, we break down to ‘OTF’,” senior second baseman Stephen Kerr said. “It’s a reminder that we are a team and not just a bunch of individuals. … We’re really a family.”