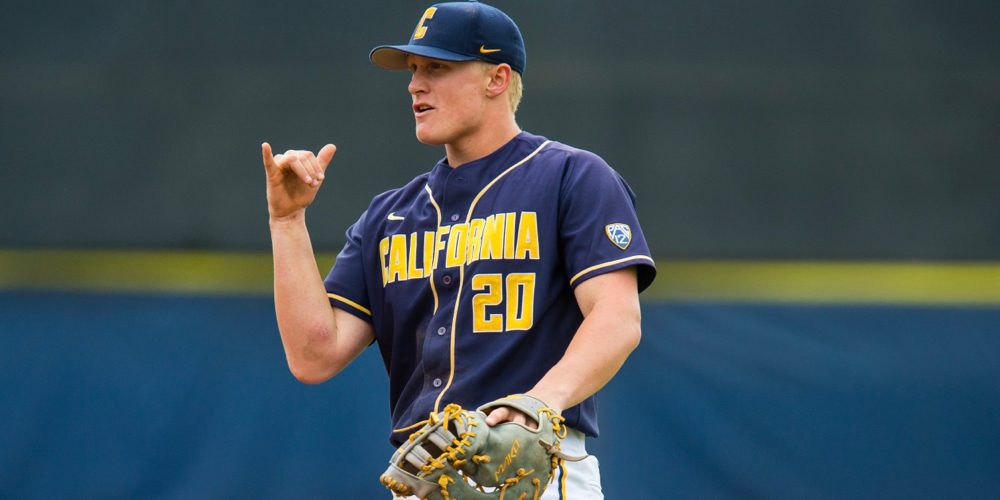 There’s a reason California’s season has been a rollercoaster so far. The Golden Bears won their first series against Cal Poly, then lost five straight games, then won six of seven, then lost six of seven, and then swept back-to-back Pac-12 series. It all adds up to a 15-15 overall record, but a 7-5 mark in the conference heading into a big series at Utah this weekend. It’s the kind of season you’d expect from an extremely young but also very talented team.

“I’ve come to embrace that I’m basically playing with nine first-year players,” Cal coach David Esquer said. “We’re playing with no experience. What little experience we have, Preston Grand Pre broke his hand and hasn’t played all season yet, and Matt Ladrech just came back, had a little tenderness, pitched the last couple weekends. It is a huge learning experience, and just kind of embracing that, really. Embracing the fact that we’ve got to get better.”

Esquer said the reason Cal wound up with such a young group this year is because its recruiting cycles got out of whack after the program was almost cut in the fall of 2011. Last year’s seniors were the first recruiting class the Bears got out ahead on a little bit, and last year’s star-studded junior class was the first real early class they were able to sign. So Cal expected to make a run at Omaha with an older team last year before injuries took their toll, and it knew it was going to lose the core of its roster heading into 2017.

But it can be fun to coach young teams and watch them develop on the fly, and Esquer seems to be enjoying this group. It helps that his freshman class has some real high-end talent, and some of the blue-chippers are growing up quickly.

〈
Previous Article Off The Top Of My Head, Easter Edition
Next Article West Virginia Wants To Leave No Doubt
〉