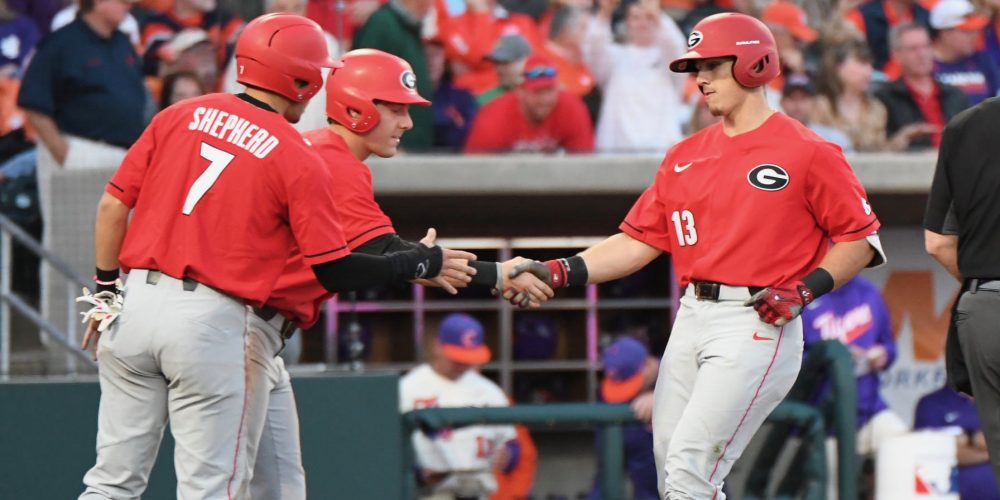 NORTH AUGUSTA, S.C. — Georgia had a lot to prove heading into 2018. Naturally outsiders were skeptical of the Bulldogs, and that provided fuel to the fire. But far more importantly, the Bulldogs had to prove to themselves that they could win consistently over a long season, and not wilt when the going got tough.

Georgia entered this spring with high hopes, determined to get back to regionals for the first time since 2011. The Bulldogs were very young a year ago, but they came on late in the year and finished with three straight series wins, giving them momentum heading into the offseason.

That momentum carried right over into the 2018 season, when the Bulldogs raced out to a 7-1 start. Then, in Week Three, they hit an oil slick in the fast lane, getting swept in three games at College of Charleston and then losing a Monday game at Charleston Southern. But they didn’t slam into the jersey barrier, and they didn’t skitter off the road. Coach Scott Stricklin kept a firm hand on the wheel, and Georgia recovered to win 14 of its next 15 games.

At 24-9 overall, 8-4 in the SEC and No. 7 in the RPI, Georgia not only on the fast track to the NCAA tournament, but it’s strongly in the hunt to host a regional — and even a national seed looks within reach if the Bulldogs can keep playing like this. It turned out, that trip to Charleston was the best thing that could have happened for Georgia; it gave them a taste of early adversity, taught them they were tough enough to handle it, and allowed them to make a couple of course corrections.

“That’s the place that people talk about when we went to Charleston and we did not play well, we lost four in a row,” Stricklin said. “We did the numbers; the first 14 games of the year we were fielding .965, we were a very pedestrian defensive team, and that was really disappointing because I thought we’d be a really good defensive team. Since then we’re fielding close to .990, and we’ve been lights-out. So since that Charleston trip, we have really turned it around. Really when you look back at the Citadel game, we had lost four in a row, that’s when we made the move with Kevin Smith to go to the bullpen. That’s when Aaron Schunk made his first appearance of the season. So our bullpen transformed that game, and we’ve been the same since: Kevin Smith out of the pen, Aaron Schunk closing things out.”