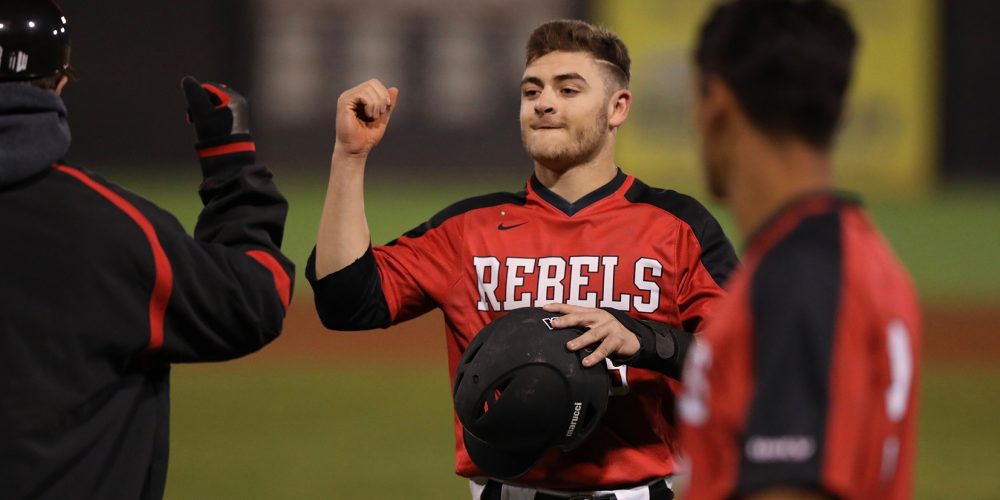 The last time UNLV was ranked in the Top 25, during its 36-win campaign in 2014, it looked like a program on the rise. The Rebels had won 37 games under then-coach Tim Chambers in 2013, and they had a first-round pick leading the rotation a year later in Erick Fedde. Nobody should have been terribly surprised that team made an appearance in the rankings.

But no one expected UNLV to crack the Top 25 this spring — not after it went 20-36 a year ago and 24-32 the year before that. It’s been a tumultuous past couple of years for the Rebels, as Chambers missed most of the 2015 season while battling various physical problems and alcoholism, then was forced to resign that December. Stan Stolte took over the program after Chambers’ departure, but he was saddled with an interim tag until June of 2016, hampering recruiting efforts that had already suffered during the previous year of uncertainty. So Stolte wasn’t exactly surprised by his team’s struggles in 2017.

“It was a tough period last year, I knew we’d have to wear it basically because of the changeover, we went basically 16 months without being able to recruit,” Stolte said. “So I got the job in June (2016), and we decided instead of a quick fix, we were just going to wear it and try to do it the right way (by recruiting high school players). So far it’s working. So we knew we’d be better, but to be 16-2? No way.”