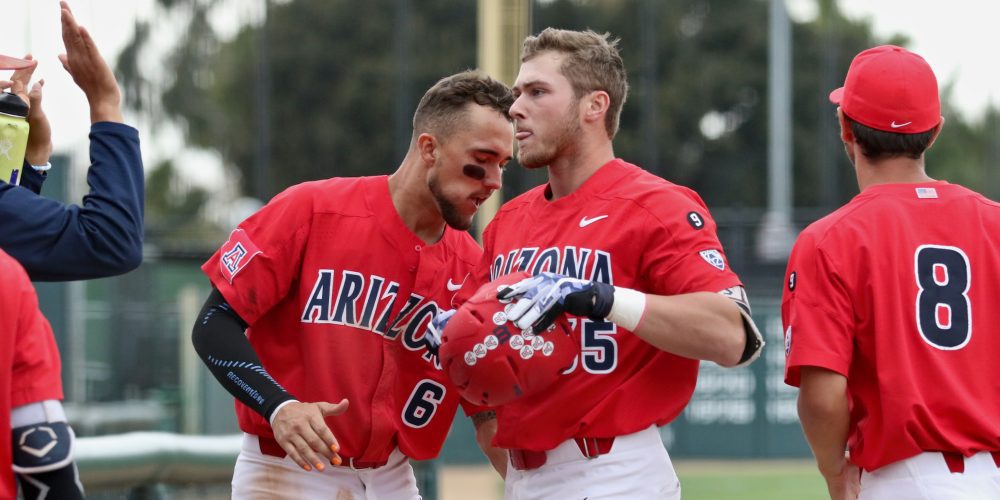 LOS ANGELES — As Jay Johnson came away from Arizona’s customary team picture — a tradition after every Wildcat victory — on Sunday at Dedeaux Field, he was beaming.

“That was a great win,” Johnson said of a 4-2 victory at Southern California. “Had some adversity — had a run taken off the board, I don’t know if it was the right call or not, one of our best players goes down early in the game…and our team just stuck with it today.”