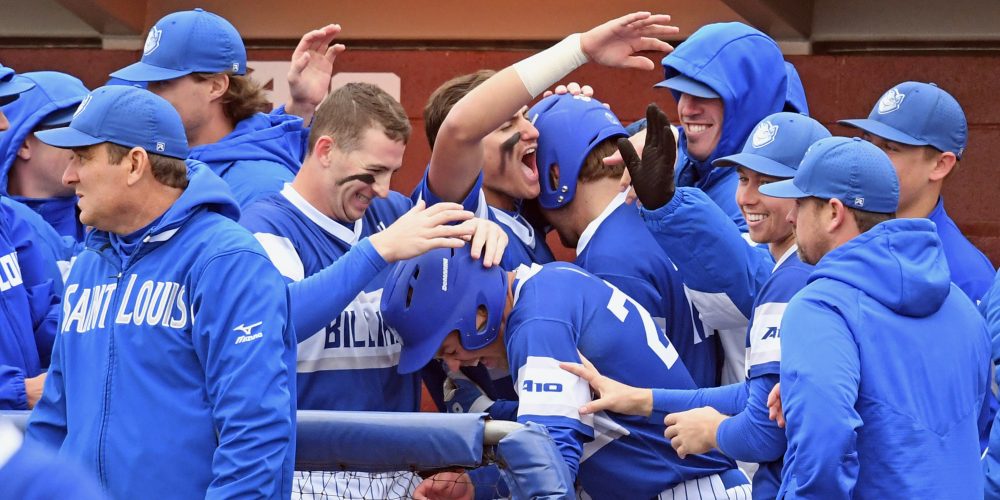 Saint Louis has had reason to celebrate this month (SLU Athletics)

VCU, SLU Streak Into A-10 Showdown

The setup for the Atlantic 10 Conference series of the year couldn’t be any more perfect.

Neither coach wants to make too big a deal of this showdown… but they aren’t minimizing it, either.

“Obviously it’s a big series, there’s no way to not talk about it,” Saint[…]

〈
Previous Article Off The Top Of My Head: Week Seven
Next Article Etheridge: Sizing Up The RPI
〉