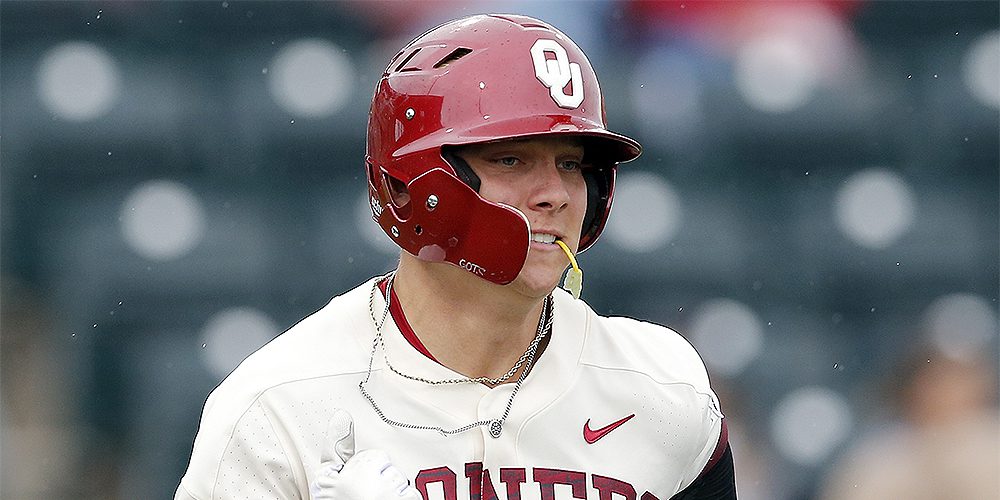 Everything about Skip Johnson’s inaugural campaign as Oklahoma’s head coach has been a learning experience. Take opening weekend as a prime example.

The Sooners took a step forward last season, as Johnson served as the pitching coach for former head coach Pete Hughes. The program made it back to the NCAA tournament. But the Sooners entered this season not wanting that to be a one-year wonder. So, opening weekend was somewhat of a kick to the gut.

Oklahoma beat Indiana on Opening Day, 6-3, but the rest of the weekend was a blur. OU dropped a pair of close battles with South Alabama and host Coastal Carolina before getting blown out by Virginia Tech to end the Carolinas trip. OU proceeded to squeak past Holy Cross the next weekend before losing an ugly 11-4 decision to Valparaiso.

Sitting 2-4 after the Valpo loss, it would’ve been easy for the Sooners to start to doubt themselves, even if it was still early in the season. But this team stayed positive. Johnson stayed positive. He viewed all of it as a valuable learning experience, for the players and the coaching staff

“I think the first weekend was pretty good for us. It was a great barometer so to speak. How many teams get to prepare for staying on the field for 23 innings in 12 1/2 hours? It just doesn’t happen that way in Division I Baseball,” Johnson said. “The fourth game of our season (Virginia Tech) was a direct reflection of that schedule, and we weren’t used to being out there. We were tired, and our guys didn’t understand it at the time. But it was a learning experience.

“The thing I notice about this team is that we find a way to get better each week, it seems,” he said. “We’re learning something about our team all the time. The one thing we’ve hammered on these guys is that live everything pitch to pitch and moment to moment. That’s really the only thing you can be guaranteed to be consistent at.”