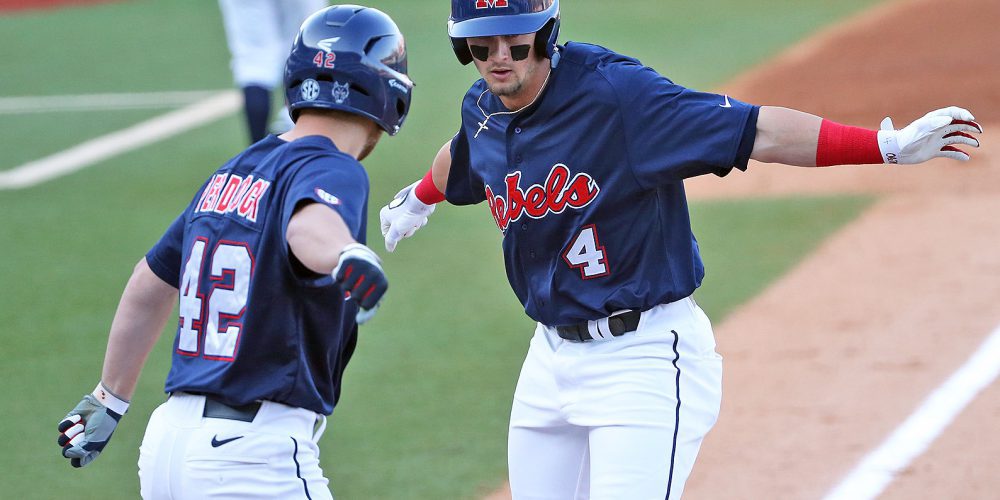 With 11 weeks in the books and four more to play before most conferences tournaments begin, we’re now well past the midway point in college baseball, which means it’s time to roll out the next projection of our field of 64. This field was composed by D1Baseball national writers Aaron Fitt, Kendall Rogers and Mark Etheridge in a Tuesday night teleconference that we recorded and posted as a two-part podcast, so you can hear our deliberations about national seeds and hosts, as well as the race for at-large spots.

If you’re looking for massive changes in the national seed department, you will be disappointed in this week’s projections. Texas Tech leapfrogged Florida State in the national seed pecking order, but the SEC and ACC remain well represented with the SEC making up four of the top five national seeds, while the ACC has three with Miami, Florida State and Louisville, and the Big 12 comes in with one obviously in the Red Raiders. Looking for other national seed contenders? At this juncture, UC Santa Barbara, NC State and Ole Miss would be your only other viable options.

There were some shakeups in the hosting department. For instance, there are four new hosts this week with LSU, TCU, Coastal Carolina and Arizona all dropping out of the hosting mix for the time being. The beneficiaries? Welcome Pac-12 leading Washington, surging Virginia, Ole Miss and Vanderbilt to the party. The Huskies are in a highly contested host race with several, including Oregon State and Arizona, while Vandy could go a few different ways down the stretch with Texas A&M and Florida, both on the road, still on the regular season schedule.

The SEC and ACC lead the way with each capturing nine postseason bids, while the Pac 12 gained a bid in the projections with Arizona State joining the field. Other new teams in the  projections include Gonzaga and Long Beach State, while College of Charleston, Lamar and Cal Poly dropped out of the field for now.

We will have much more wholesale analysis in our upcoming Postseason Stock Report.