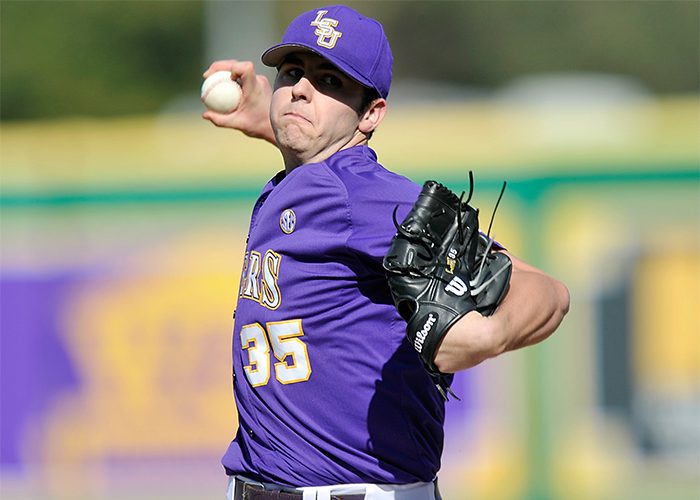 LSU's Alex Lange set the tone for the game against the Gamecocks. (LSU)

BATON ROUGE, La.  – Sometimes anticipation sets a standard so high that the actual event itself has little chance to meet expectations. LSU freshman righthander Alex Lange had been billed as the next great Tigers pitcher for a program that doesn’t need to manufacture its next big thing. Lange’s first start Saturday versus Kansas was one of those hyped moments.

The 6-foot-3, 198-pound freshman got the win in LSU’s 8-5 victory over Kansas. In his five innings, Lange allowed just four baserunners – a pair of hits, a hit batsman, and a walk. He finished[…]