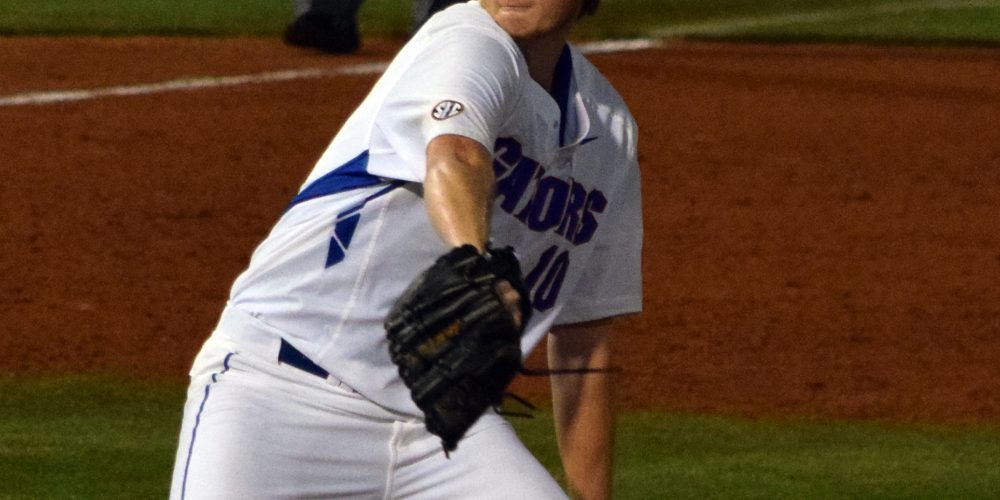 A.J. Puk led a hoard of Gators taken in the 2016 draft (Kendall Rogers)

The countdown to the 2016 MLB Draft is over and the big day is finally here, and it’s time to look at the cream of the crop. As our countdown concludes, we now present scouting reports on the top ten prospects this class has to offer. 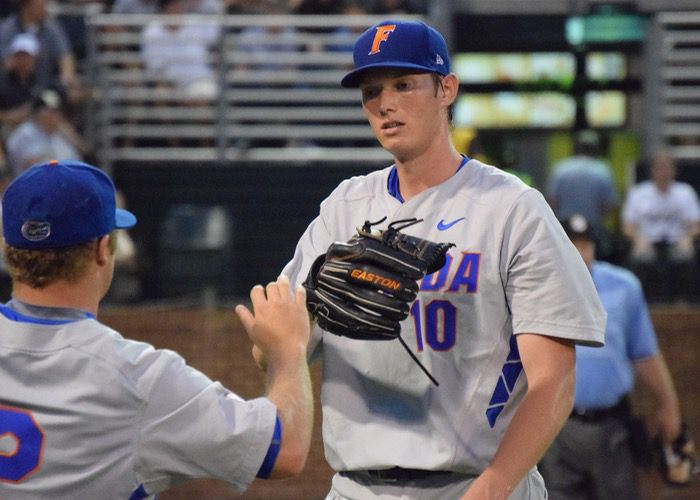 Physical 6-foot-7 lefties with 94-97 mph fastballs and plus sliders don’t grow on trees in this game, and that’s why despite some inconsistency in his track record, A.J. Puk may still be the top draft prospect in this class. Puk has been carrying 95-96 mph velocity deep into outings and his massive, powerful frame has scouts believing he could be a workhorse at the top of a big league rotation. His command is still going to need to improve, particularly when it comes to keeping his fastball out of the heart of the plate. He has the life to miss bats even in hitters’ counts with his fastball, but he needs to be able to repeat his arm action consistently enough to locate on the corners of the plate. Puk also has a wipeout plus slider that he throws between 84-87 mph. He’s tightened this pitch up and become more consistent with it over the past season. He still needs to snap this pitch off more consistently but it should be a swing and miss weapon for him at the professional level. His changeup is thrown at 84-86 mph and still needs further development as well but has shown flashes of becoming an average big league offering. Puk may not be the typical ace finished product we see at the top of the first round, but his upside is absolutely fitting of a potential number one overall pick. He’s worth the development for any team in the first five picks.