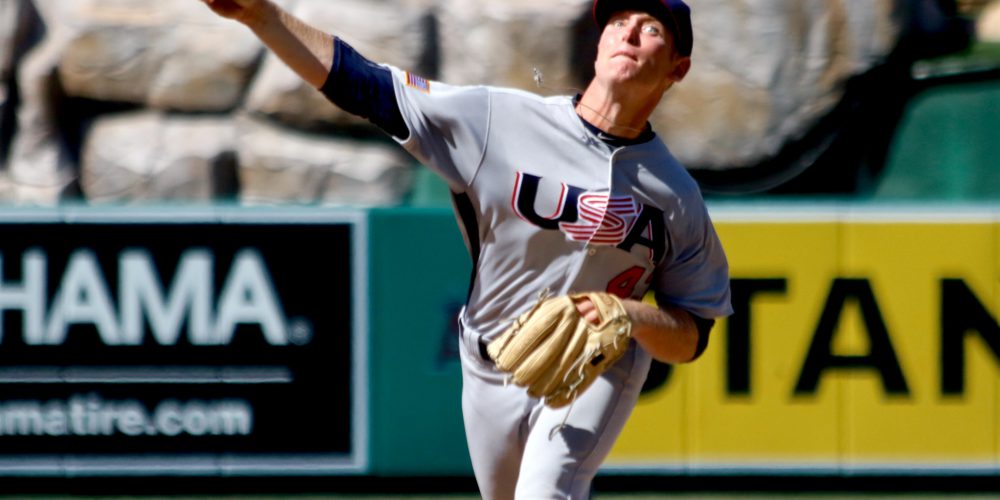 While many collegiate summer leagues are nearing the final few weeks of their season, the USA Collegiate National Team is looking to finish off its summer on a high note with a series win over the Cuban National Team if it can win the series finale on Wednesday.

Team USA dropped the series opener to Cuba, 3-1, before bouncing back in Game Two with a 1-0 victory thanks to Vanderbilt’s Kyle Wright and Florida’s Alex Faedo. The American then dropped a 5-1 decision to Cuba before winning Tuesday afternoon, 4-1, with North Carolina junior righthander JB Bukauskas tossing an absolute gem. Bukauskas tossed five innings, struck out three and allowed just one baserunner to reach scoring position, while Oregon’s David Peterson and South Carolina fireballer Tyler Johnson also had quality appearances. Meanwhile, Nevada’s TJ Friedl led the offensive charge with a three-run double in the sixth inning.

“We are happy to win and happy to put ourselves in position to not only beat Cuba, which is always a great accomplishment, but to win the series as well. That is what we came here to do. We are playing against older guys who are professional baseball players and that is a good measuring stick for our players,” Team USA manager George Horton said. “They want to be Major League baseball players themselves and this has always been a very respectful series. Every inning that goes by, I think the men of Cuba give our young players more respect, just as we give them great respect.”

With the win, Team USA is sitting at 10-7-1 overall. So, which five players have really stood out throughout the summer?

• JB Bukauskas, rhp, North Carolina: The high-profile Tar Heels righthander showed glimpses of greatness this past season with 111 strikeouts and just 29 walks, while his ERA was just a hair above three. Well, he’s taken his game to another level this summer, not allowing an earned run the entire summer, while also striking out 21 with excellent command in 21.2 innings of work. Bukauskas has always shown potential with his mid-90s fastball and hard slider, but it appears that slider has become a better offering this summer.

• Alex Faedo, rhp, Florida: In not exactly a surprise, the rising UF righty is putting together quite the summer and has finished things off with a bang. Faedo, as with Bukauskas, showed glimpses of an elite pitcher during his sophomore campaign with the Gators, and some would argue he had the best stuff on the team at the end of the 2016 campaign. Well, Faedo has struck out 21, walked three and tallied an 0.56 ERA in 16 innings in four starts this summer. Faedo is solidifying his status as one of the top prospects for the 2017 MLB draft.

• Ricky Tyler Thomas, lhp, Fresno State: If you read my material early in the 2016 campaign, you know all about the hard-nosed lefty by now. Thomas was very impressive in an early-season start on the road against Texas A&M and he’s carried the strong spring into the summer. Thomas has made six appearances — all out of the pen — and tallied 17 strikeouts and just two walks in 13.2 innings. Tyler-Thomas will docked because of his size at 6-foot-1, 170 pounds, but he’s incredibly tough, possesses a fastball in the upper-80s and into the low-90s, and has both an impressive changeup and slider as secondary offerings. 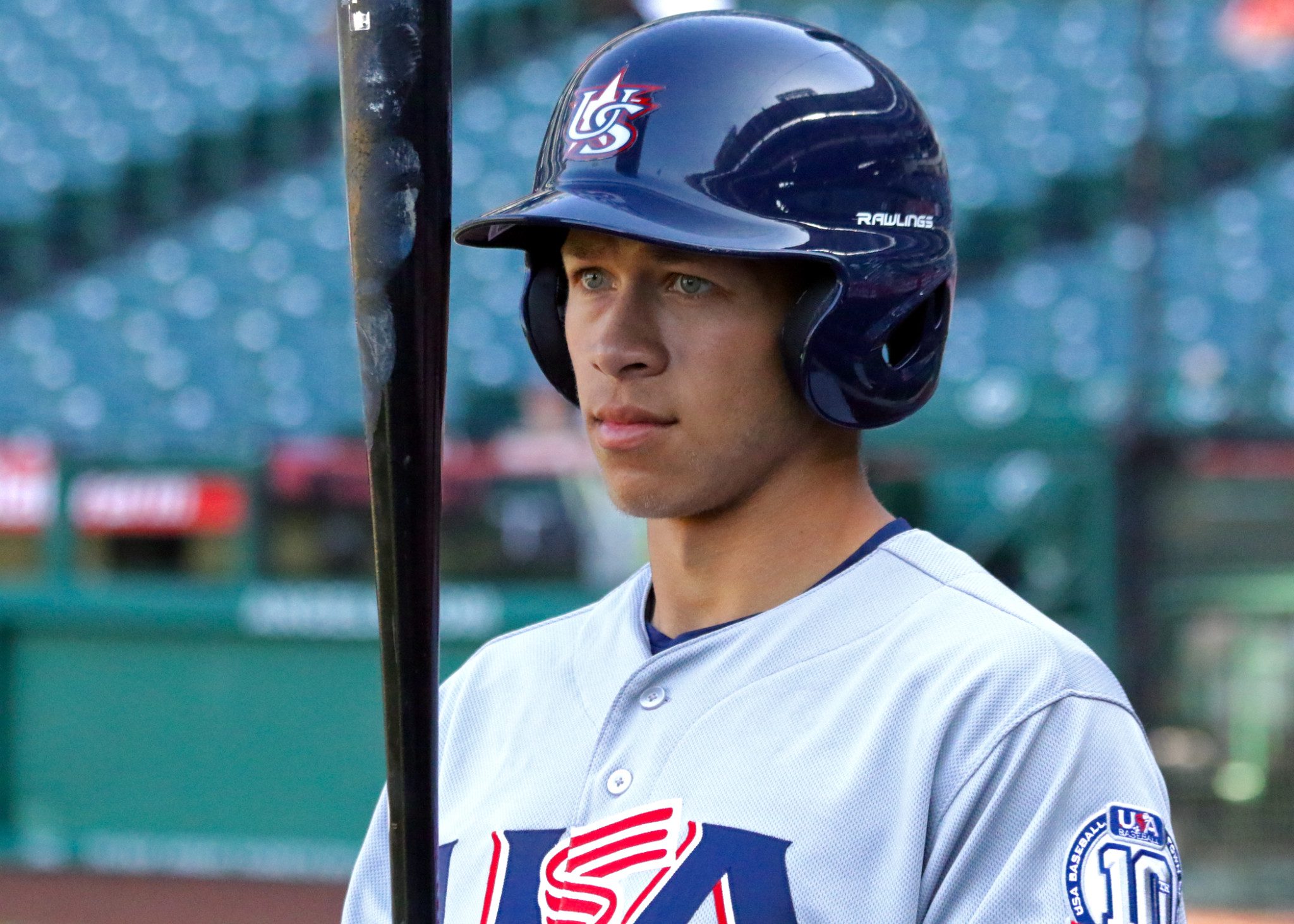 • Jeren Kendall, of, Vanderbilt: The Commodores have one of the best in the business for another season. Kendall blossomed as a sophomore this past season and he could be the top collegiate position player prospect for the 2017 draft. Kendall has a deceptively strong frame with some serious pop and athleticism. Kendall has parlayed a good spring into a strong summer, hitting .313 with five doubles, three triples two homers and 13 RBIs, while also leading the team with five stolen bases. Kendall’s total skill set is incredibly impressive.

• Kyle Wright, rhp, Vanderbilt: The college pitching crop for the 2017 draft looks special on paper and Wright is one of those guys near the top of the pecking order as the summer continues. Wright put together a strong spring campaign for the Commodores, showcasing his low-to-mid 90s fastball, while also flashing a big-time breaking ball and cutter at times as well. He’s finishing the summer in strong fashion, striking out 16 and allowing just four runs in 16.1 innings.

• Florida International is the latest program to keep the coaching carousel moving along, as it has hired former Alabama pitching coach Dax Norris to occupy one of two full-time staff positions. Norris is a hybrid type of coach. He has coached hitters and pitchers in the past and gives first-year coach Mervyl Melendez a versatile set of eyes and experiences. Meanwhile, FIU is closing in on a recruiting coordinator and second assistant coach. And though it’s still not completely a done deal, it’s a hire that will send some shockwaves through the Sunshine State. Stay tuned on that one.

• South Dakota State and Southeast Missouri State remain the final two head coaching vacancies in college baseball, and while there’s little to no buzz coming out of SDSU, there is some discussion coming out of SEMO, where it looks like the Redhawks are closing in on a new head coach. Though others are thought to be in the mix, two names we’ve heard most recently are Kansas State assistant and former Texas A&M and Nebraska assistant Andy Sawyers and Morehead State head coach Mike McGuire. Those two aren’t the dead set finalists, but they’ve been strongly mentioned as serious candidates. SEMO also inquired about some other coaches in the past, including heralded Illinois pitching coach Drew Dickinson, among others.

• Tulane is nearing a deal with its next pitching coach, but in the meantime, one of the positions on Travis Jewett’s staff has been filled by former Appalachian State head coach and heralded assistant Billy Jones. Jones brings a wealth of experience to the Big Easy, while Jewett looks to finish out his staff in the coming days.

• North Carolina is nearing the selection of Scott Jackson’s replacement on its coaching staff. Jackson, in case you missed it a couple of weeks ago, was hired as Liberty’s new head coach, replacing Jim Toman, who bizarrely was forced to resign. Though Jackson’s departure is a tough one for the Tar Heels, there are some very good options in the mix, including North Carolina alum and Georgia Tech assistant Jason Howell, UNC Wilmington assistant Randy Hood and former Tar Heel and Virginia Tech pitching coach Robert Woodard. Though Howell and Hood are outstanding coaches and candidates, sources in Chapel Hill, N.C., fully expect that position to go to Woodard. We’ll see how things shake out, however.

New Group Of Hall Of Famers

The American Baseball Coaches Association and D1Baseball.com have a strong partnership, and we’re pleased to unveil the newest inductees into the organization’s Hall of Fame — the inductees being honored at the start of 2017 during the annual convention, which will take place in Southern California.