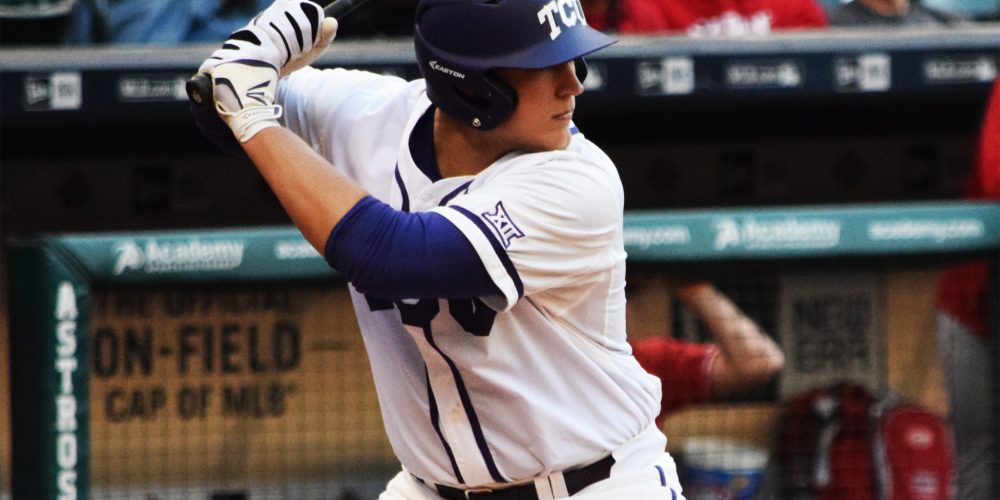 HOUSTON — The Shriners Houston College Classic was an absolute dandy once again with Arkansas and TCU shining and tallying unblemished records, while Texas Tech also had a terrific weekend with a 2-1 mark.

What did we think about Arkansas, Houston, Louisiana-Lafayette, Rice, TCU and Texas Tech? We have a full breakdown of each team after the weekend.

• The Hogs had some important holes to fill coming into the spring, namely with the departures of some guy named Benintendi and Bobby Wernes, whom Dave Van Horn called the best defensive third baseman he’s ever coached. That’s bold talk from DVH. With that said, as good as Wernes was last season, Carson Shaddy showed some similar qualities throughout the weekend. Shaddy was intuitive, instinctual and showed surprising defensive skills, while also showcasing consistency. At the plate, he was an absolute terror to deal with, hitting .429 with a home run and five RBIs for the tournament, the home run being a ball that literally landed outside of the ballpark and over the train tracks in left. Is Shaddy going to continue to hit at this torrid pace? Time will tell, but if first impressions always rang true, Shaddy might be an All-American candidate.