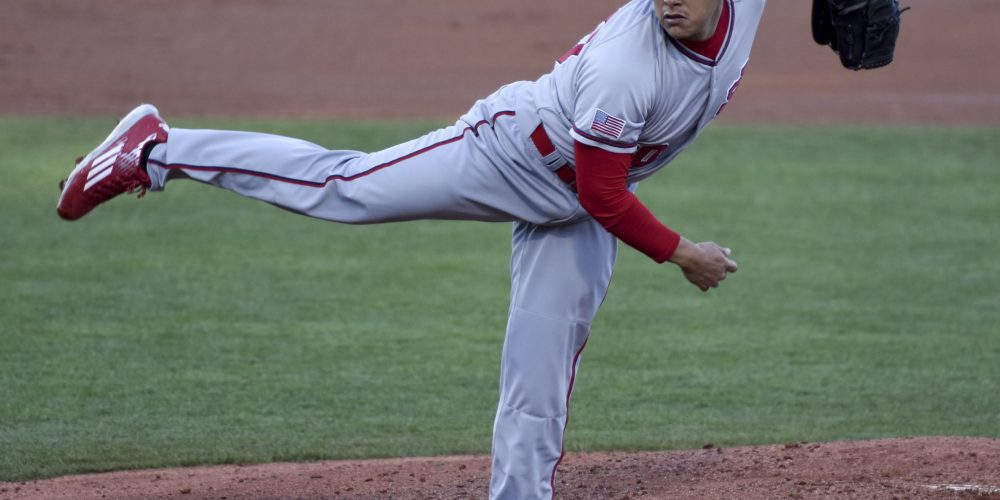 SAN MARCOS, Texas — “Comforting” is not a word you’d ordinarily use to describe a power pitcher, but South Alabama’s Kevin Hill exuded a contagious sense of calm throughout his 8 1/3 innings of work against Texas State on Friday. On an afternoon where both head coaches pointed out that Hill didn’t have his best stuff, the fifth-year senior from Oklahoma nonetheless dodged trouble for 119 pitches en route to a 7-3 Jaguars win. South Alabama improved to 8-0 in Sun Belt Conference play and will return home with a series win in the matchup of the conference’s first- and second-place teams.

Hill, who came into the game striking out 11.3 batters per nine innings, didn’t record his first punchout until the sixth inning, but mixed a hard, tailing fastball and a sweeping breaking ball to generate medium-depth fly balls and harmless pop-ups before ramping up his game in the later innings.

“It doesn’t really matter to me as long as we get the outs and keep them under one or two (runs),” Hill said of his unusually contact-heavy outing.

South Alabama head coach Mark Calvi was impressed, if not particularly surprised, by his senior workhorse’s ability to make big pitches under pressure.