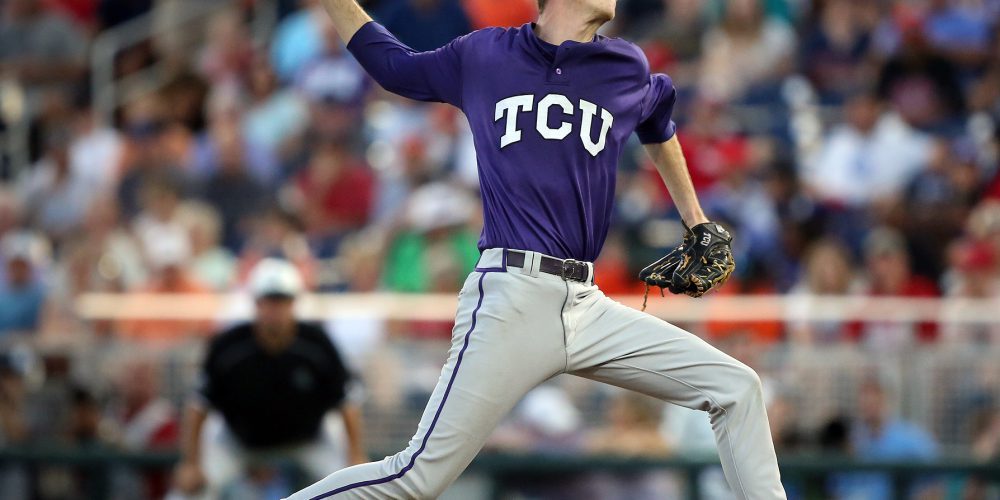 The Horned Frogs received a wealth of warranted love from a pitching perspective toward the end of the 2016 season, but some forget that Bill Mosiello’s offense also rose to the occasion. The Frogs have been productive at the plate the past two seasons, and there’s reason to believe this might be their best lineup in a few seasons.

The Frogs return one of the nation’s leading power hitters in Baker, while there’s an abundance of experience throughout the lineup. Skoug is a hard-nosed backstop who should be even more consistent than last season with more power production. Meanwhile, Barzilli is one of my favorites with his ability to hit the ball with some authority, particularly to the gaps. Watson had a very strong and consistent fall, while Wade and Warner are quality returning bats. There’s also Wanhanen, who hopes to return to his old ways after taking a slight step back last season.

The X-factor for this group could be Brown. Brown was expected to replace Cody Jones in center field last season, but suffered an early-season injury and ended the year with three at bats. Brown is athletic and provides the Frogs with a quality bat and always importance experience. Also, keep close tabs on junior college transfer Austin Ingraham, who had a strong fall and led the team in batting average and extra-base hits.