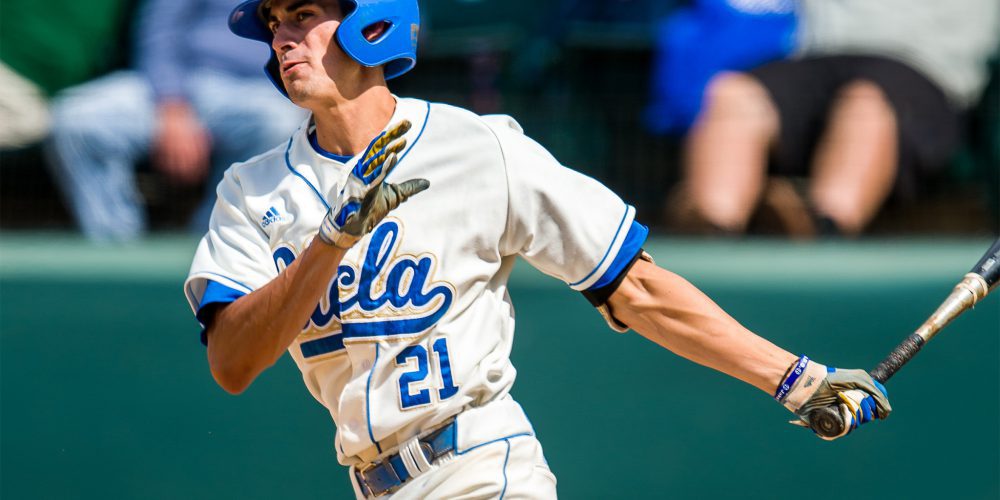 Getting To Know The Bruins

The Bruins clearly won’t overwhelm many teams throughout the 2016 campaign, but this lineup has a chance to be solid as the year progresses. The Bruins must replace a few key hitters, including Ty Moore, Kevin Kramer, who led the team in hitting last year, while Chris Keck was a power producer with 21 doubles and seven homers. How do you overcome those losses? The Bruins have plenty of options, including athletic Luke Persico, who has more good gap power and even more power than his three homers last season would suggest. Meanwhile, Stephens is an athletic guy who has a consistent offensive approach, and Bono is someone who is already a known commodity defensively, but whom the Bruins feel has a chance to really blossom offensively this spring. Last but not least, much could hinge on the surge of Bouchard. Bouchard entered college with very high acclaim, but only hit .239 with limited other numbers across the board. Now, the second-year player, who has power to all fields, has a chance to show why the buzz around him was prevalent. Most important is the return of Filia, who missed last season for academic reasons, but who has that seasoned bat and approach, along with an impressive resume and overall feel.