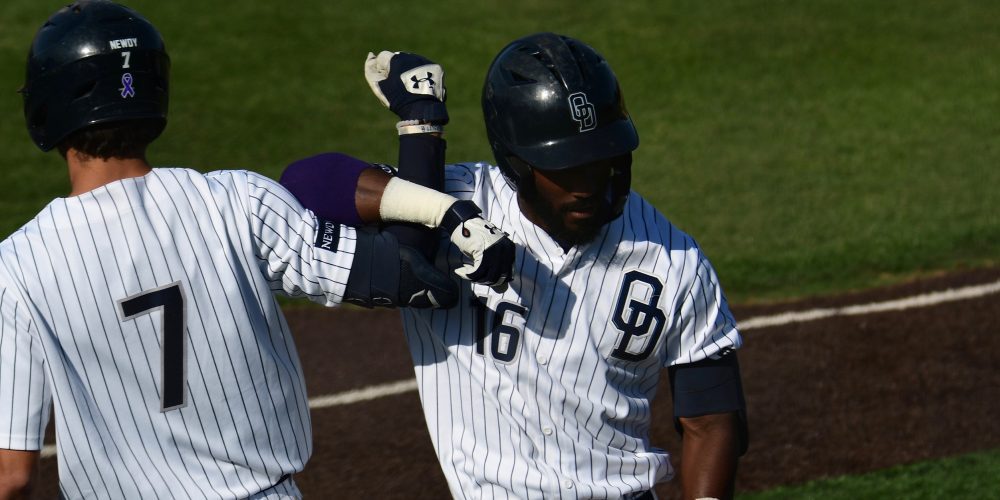 NORFOLK, Va. — As Old Dominion coach Chris Finwood wrapped up his postgame meeting with his team in the home dugout Friday afternoon, he could be heard telling his players, “Isn’t it nice to be home?”

The assembled Monarchs vociferously agreed. A week after Old Dominion dropped three of four on the road at Charlotte, No. 25 ODU opened a four-game rematch series against the 15th-ranked 49ers by playing to their strengths, and taking advantage of the wind blowing out at Bud Matheny Baseball Complex. The Monarchs rode three homers, three doubles and a triple to an[…]