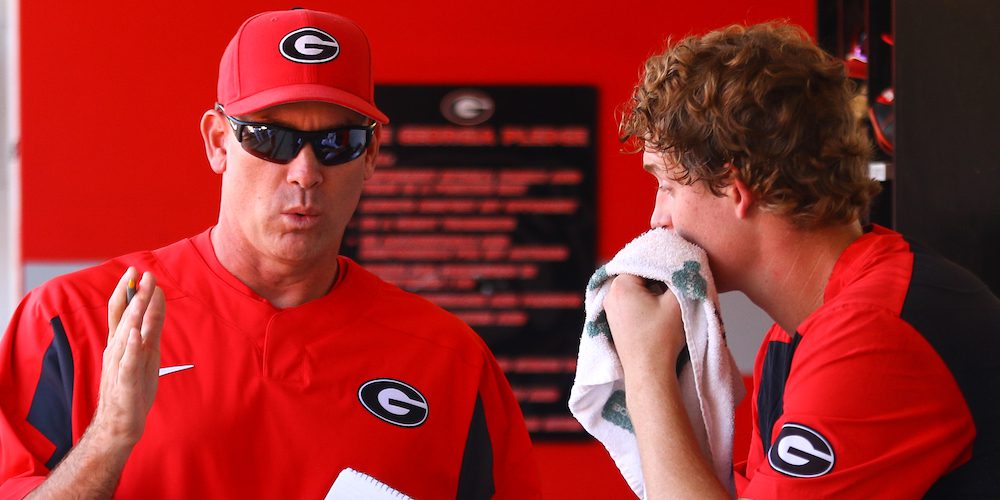 Professional baseball organizations continue to make college pitching coaches a high priority this offseason, but the list of coaches choosing to stay put is growing with Georgia’s Sean Kenny the latest to spurn overtures from the San Francisco Giants.

The Giants are courting several pitching coach candidates, both in the pro and college landscape.

From the college ranks, Kenny has turned down a chance to interview with the organization, as the Georgia administration stepped up to the plate to make sure he didn’t get on a plane to the Bay Area this week. Meanwhile, Arkansas pitching coach Matt Hobbs, who interviewed with the Yankees, declined to interview with the Giants. Hobbs, who did a terrific job at Wake Forest before heading to Arkansas, is committed to leading the Razorbacks to their first national title, and like Georgia, Arkansas’ administration stepped up to make sure he didn’t go anywhere. Arizona and former Oregon State pitching coach Nate Yeskie is another name that has surfaced in several professional searches. Yeskie, who turned down a chance to get the Mariners pitching coach job last year, declined interest in the Yankees opening, and also had no interest in openings with the Mets and Giants. East Carolina’s Jason Dietrich joined the list of college coaches spurning opportunities with the professional ranks, also declining to interview with the Giants. Finally, TCU heralded pitching coach Kirk Saarloos also has been a subject of interest to pro teams this fall, spurning overtures from the Diamondbacks before declining to interview with the Yankees. Saarloos, as is the case with many of these pitching coaches, is committed to being at TCU for the long-term. Before the pro opportunities this summer, Saarloos turned down head coaching opportunities at Stanford and Rice. He’s the eventual successor to Jim Schlossnagle at TCU and is the highest paid assistant in college baseball.

The other name that continues to be red-hot in professional circles is rising star and Michigan pitching coach Chris Fetter. Fetter has long had a good reputation in the industry, and the Wolverines’ run to the CWS Finals with Tommy Henry, Karl Kauffmann and others leading the way has accelerated his standing.

Fetter’s tie with the Giants and Kapler is obvious – he worked for Kapler during his time as a scout in the Dodgers organization. Fetter interviewed with the Giants over the past two weeks, but sources close to the situation indicated that Fetter would be a difficult pull to get him to leave his alma mater for the professional ranks. The Giants showed serious interest in Arizona State’s Jason Kelly, but he subsequently pulled his name out of the mix and San Francisco hired Angels bullpen coach Andrew Bailey. 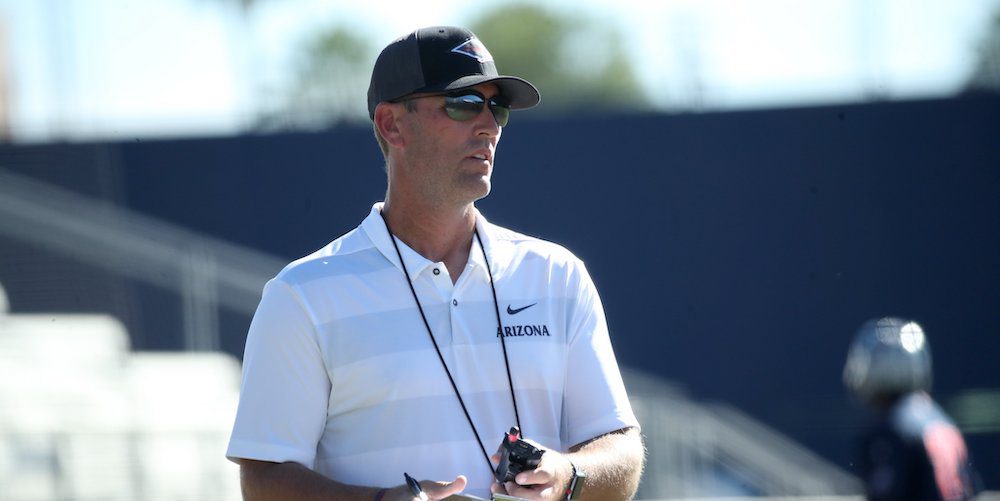 Getting guys like Arizona’s Nate Yeskie to head to pro ball is difficult. (Arizona photo)

Fetter, 33, also interviewed with the Yankees earlier this fall before interviewing with the Mets. The Yankees were thought to have a good shot at Fetter, but they went another direction. The Mets, who were unlikely to snag Fetter from Michigan, hired former Twins pitching coach Jeremy Hefner after also considering Brewers pitching coach Steve Karsay.

Kenny and other coaches’ decisions to stay put is great news for their programs and college baseball. It shows the college brand is stronger than ever, and that the sport has never been more advanced, particularly from a pitching standpoint.

The nervous moments for college head coaches won’t end anytime soon, though. Former Arkansas pitching coach Wes Johnson worked wonders with the Twins and has been instrumental in that organization’s turnaround, and former Vanderbilt pitching coach Derek Johnson also has had success at the MLB level.

College baseball has its advantages for many coaches. There’s more job security in most instances, the in-season life isn’t near as rigorous, and many of these coaches have lucrative financial deals in place. Saarloos is the highest paid pitching coach by a significant margin, Vanderbilt’s Scott Brown and LSU’s Alan Dunn make well north of $300K, Hobbs can get to $300K with incentives, and Yeskie left Oregon State for Arizona for a $60K pay increase, taking his overall salary to around $300K. Kenny, too, has a restructured deal with a salary more than $220K and with a three-year deal in place. In many cases, those salaries, outside of Hobbs, do not include sizable bonus structures. Fetter undoubtedly will get a well-deserved boost after the season the Wolverines had combined with the opportunities that have come his way this summer, too.

There’s no doubt pro organizations, in most cases, have a treasure chest of money to offer pitching coaches at the college level. But for now, they either haven’t done so, or the coaches have turned down opportunities. There could be a point in time soon when pro organizations decide to overpay in order to entire coaches to leave the college game. But that time – yet – hasn’t arrived.

College baseball hopes that trend continues. It’s a good place to be.