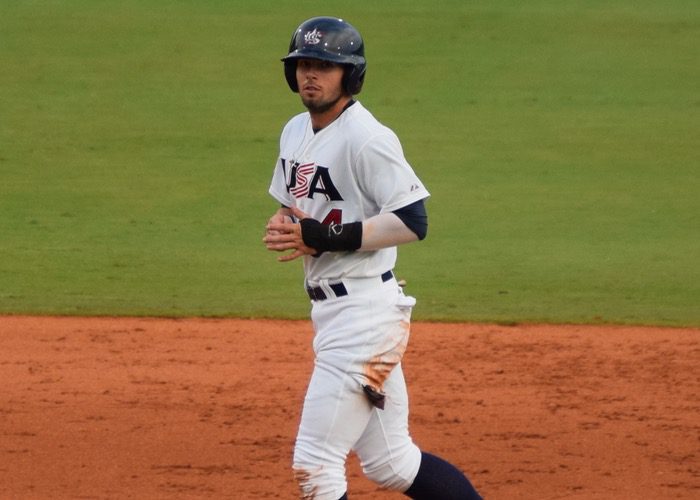 CARY, N.C. — The highlight of the 2015 campaign for the USA Baseball Collegiate National Team was its five-game series against the Cuban national team — which swept Team USA on Cuban soil last summer. The Americans avenged that series loss by winning this year’s series three games to two; they clinched the series with an 11-1 win in Charlotte on July 4, then dropped Monday’s series finale 4-1.

Team USA coach Ed Blankmeyer said his team wasn’t as focused Monday since the series had already been clinched. The veteran Cuban team also fared better in its second look at Tanner Houck (Missouri) and A.J. Puk (Florida), two of the three pitchers who combined on a no-hitter in the series opener last week. Neither were as sharp in Monday’s series finale, and they gave up two runs and six hits apiece. Team USA also mustered just five hits in the finale, with Ryan Howard (Missouri) and Brendan McKay (Louisville) leading the way with two apiece.

Despite the flat finish on Monday, taking the series against Cuba made the summer a success for the CNT, which has two contests left against the Canadian and American Pan-Am Games teams (composed of pro players).

“Any time you win a series from Cuba, I think it’s big,” Blankmeyer said. “In particular when you no-hit Cuba and you beat them decisively, they’re two good statements for USA Baseball. Tonight was a little different; we made a couple bad pitches and they took advantage of it. We had a few good opportunities, and they capitalized on it, and that happens in baseball.”

A few notes from the final three games of the Cuba series:

• Team USA’s top hitter in the Cuba series was outfielder Nick Banks (Texas A&M), who leads the team with a .412 average this summer.