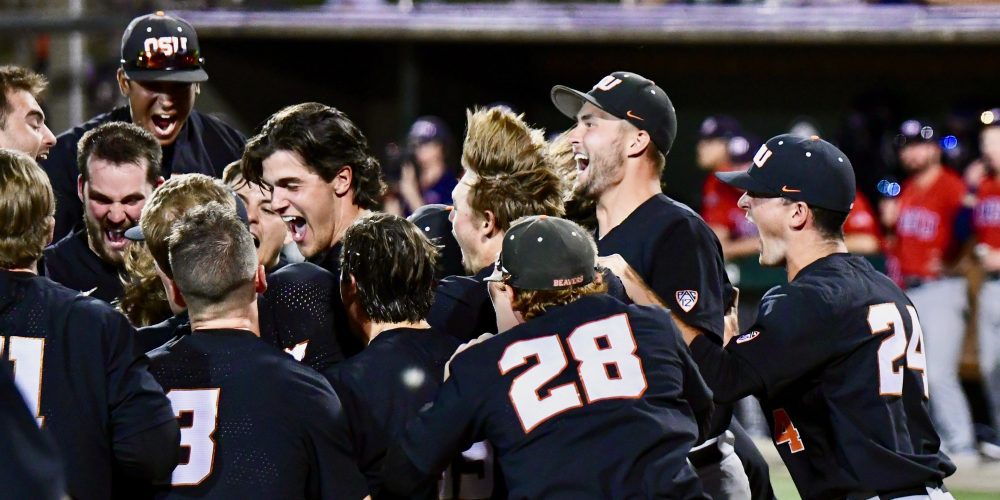 FORT WORTH, Texas — For an Oregon State fan base only three years removed from a national championship and four years removed from a 56-6 season, this spring probably did not feel like a vintage Beaver season. OSU took its lumps against a rugged schedule, losing seven of its eight weekend series against teams that went on to make regionals, with the lone series win coming way back in Week Two against Grand Canyon. The Beavers still scrapped their way into the Fort Worth Regional as a No. 2 seed, but this team’s true character had yet to be revealed[…]