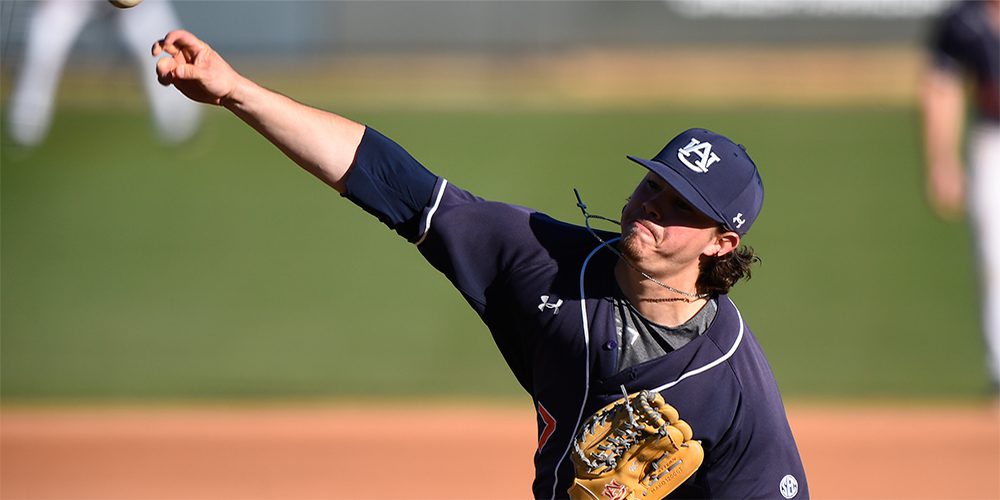 Through two days and 10 rounds of action, the 2017 MLB Draft has been a intriguing one thus far, with some teams playing it smart with their bonus pool money, others going all out for high upside talent, and others clearly looking for polish with their early selections. While day two saw a number of the top remaining players come off the board quickly, things still took some interesting turns as we saw some top talent slide and some other players picked that surprised us.

After spending the last year evaluating the players of this class, here are some of my top takeaways from day two of this year’s MLB Draft.

In the third round, with the 105th overall pick pick, the Chicago Cubs selected Auburn ace righty Keegan Thompson. Thompson has grown into one of the most polished command pitchers in college baseball since returning from injury and he’s an excellent, fast-track value arm to get that low in the draft. But his selection may not have been the most notable thing to happen to Auburn on Tuesday. More importantly, two players were not selected that could ultimately be program changing talent. Highly touted prep stars Tanner Burns and Steven Williams went undrafted through ten rounds on Tuesday.

Both are Auburn commits and more important both expressed to local news outlets that they were now wholeheartedly planning to attend school in the fall. Burns has a power fastball at 92-96 mph, has a swing and miss curveball, and was considered by most scouts to be clear cut top 75 level talent. Williams is a power hitting catcher that was a consensus top 150 talent. This could be a massive victory for the Auburn Tigers. Signing pro contracts is certainly not off the table, as there are 30 rounds remaining, but the odds look very good that these two get to campus.