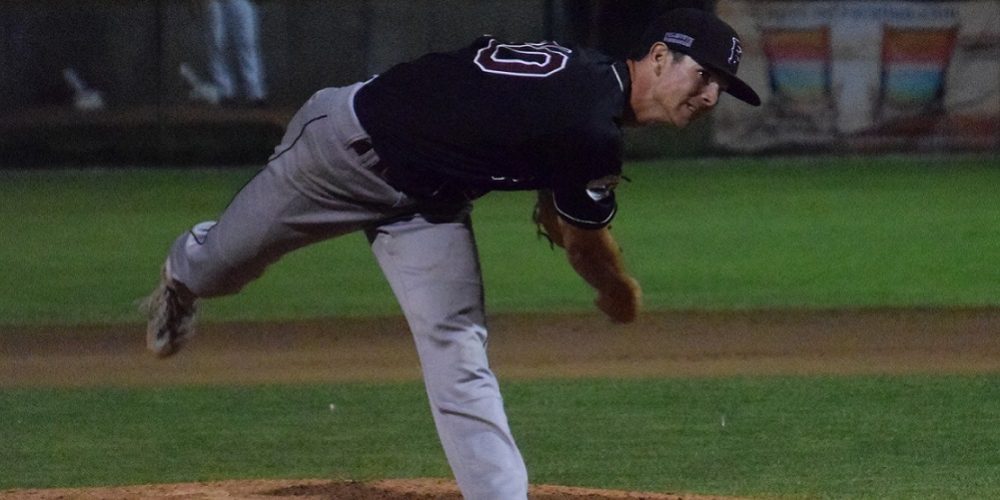 Sometimes you see a pitching performance that will be of vital importance in a draft prospect’s career, and you know it when you see it. The outing that Matt Mercer (2018, rhp, Oregon) put together on Tuesday night in Orleans was one of those performances. The 6-foot-2 righthander was nothing short of dominant, finding a rhythm around the third inning that no opposing batter seemed close to taking him out of. This was by far Mercer’s best outing of the summer and it could have not have come at a better moment. The scout turnout was arguably the biggest of any game on the Cape this summer, as they packed the Orleans backstop for the marquee showdown between Mercer and fellow high-octane righthander Logan Gilbert. Ultimately, it was Mercer who stole the show with 7 lights out frames, allowing just one hit, one walk and striking out seven.