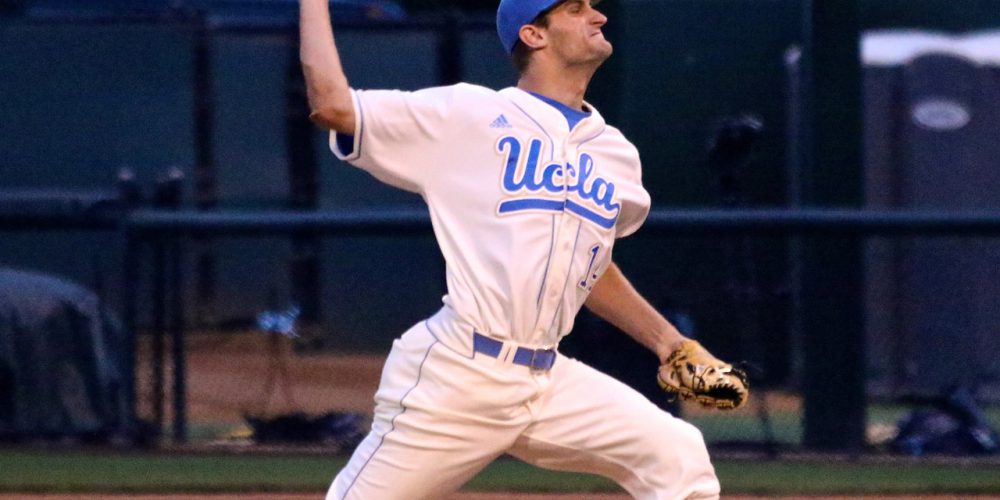 In many ways Jake Bird (2017, RHP, UCLA) has managed to fly somewhat under the radar during his Cape League stint thus far, but that’s going to change quickly if he continues to throw the ball the way he did on Wednesday night in Wareham. Bird spun six innings of clean, shutout baseball, but more importantly, he showed four big league pitches and advanced command in the process.