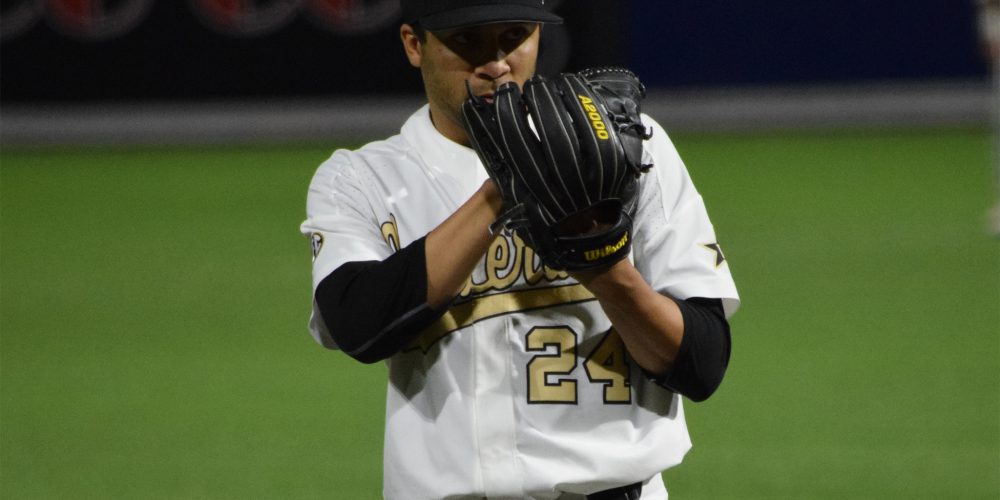 Showdowns don’t come bigger than this one between Vanderbilt and South Carolina, and the best news is that they have grade A, blue chip prospects squaring off as true aces in game one. These are pitchers worthy of being headliners for these two national powerhouses. On the Vanderbilt side, there is Jordan Sheffield, a righty who now fulfilling the promise scouts long knew he had. Pitching with a mostly 93-97 mph fastball, Sheffield also has an advanced, above average changeup to go with his sharp breaking ball. When he’s at his best, he has three above average offerings, with two grading out as plus or better. If he continues to to stay out of the middle of the plate and command his fastball, he could be working himself into the top half of the first round picture. Clarke Schmidt, the South Carolina ace, has positioned himself early as one of the best 2017 draft prospects in college baseball. Schmidt will attack the Vanderbilt lineup with a 91-94 mph fastball, topping at 95-96 at times. His command of his sharp, above average breaking ball could put him over the top as a first round selection next June. This is one of the most exciting pitching matchups we’ll see all spring.