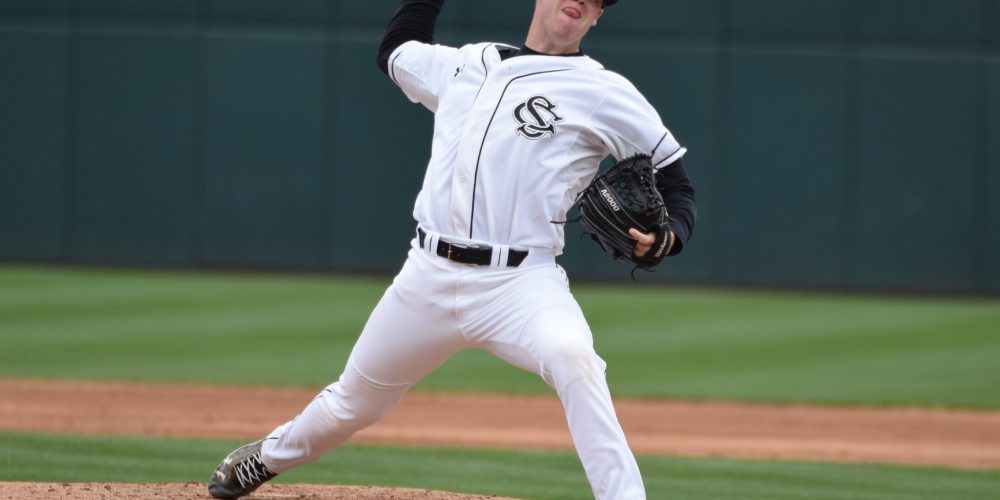 OXFORD, Miss. – Braden Webb knows professional baseball is possible for him someday. But after undergoing Tommy John surgery before his college career began, he knows nothing is guaranteed. Friday night at Swayze Field, he overcame a rocky first inning to showcase his talent as one of the best freshman arms in the country.

More importantly, he walked the first two batters of the game and none afterward. He had a stretch where he retired 17 consecutive Rebels.

“I was able to locate all three pitches,” Webb said after the game. “Usually I am trying to throw as hard as I can, trying to run it up 96, 97. Today I felt good sitting about 92, 93, maybe 94 every once in a while. I know that if I locate that fastball and throw the offspeed the way I was tonight, that I can do big things. Coach (Jerry) Meyers tells me all the time, don’t try to do too much.”