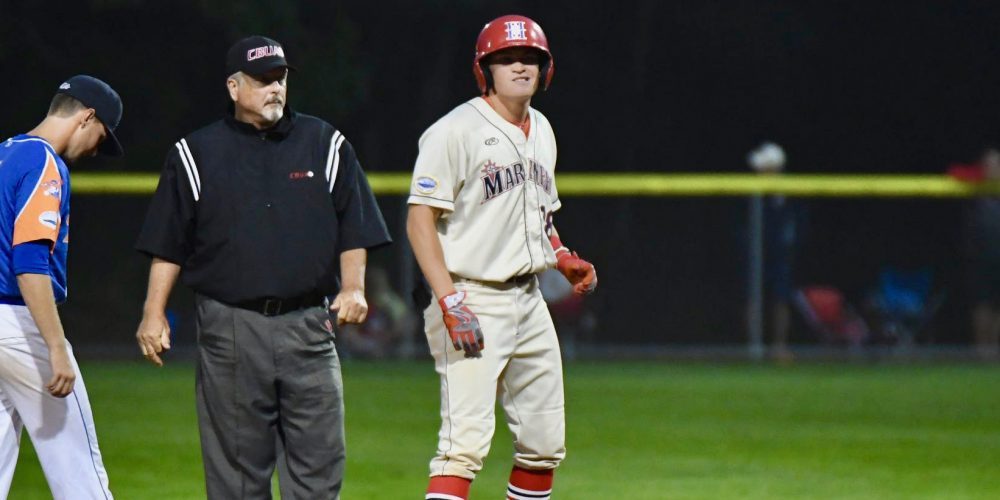 Our team by team prospect reports continue with the Harwich Mariners who feature another big arm from Elon and top bats from the ACC, SEC and Big Ten.

With a July 24, 1997 birthdate, Schunk just missed 2018 draft-eligibility by four days. At six-foot-two, 205 pounds, he’s the prototypical size for a third baseman and has the tools to fit there as well. Plus arm, throws easy. Sure hands and agile feet. Should only improve defensively with further instruction and reps. Above average-to-plus present raw power to his pull side, yet it does not transfer to game due to a line drive swing path and his current approach of using the big part of the field. Zero home runs in 133 plate appearances this summer and just three in 267 plate appearances last spring. However, he was the best breaking ball hitter with authority that I saw this summer. Tracked and squared several quality sliders, one for extra bases. Showed good rhythm and used his lower half well in his swing. His upper half got pushy at times as he tried to stay in the middle of the yard and served the ball to center field. Will need to develop greater lift in his swing and more of a pull attitude to get to all of his raw juice. Good base runner, above average underway. 4.34 down the line from the right side. Presently more of a third-to-fifth round draft pick, Schunk could greatly elevate his draft status with improved power production this spring. He’s not so much a sleeper prospect, as he is one to watch closely this spring.

Made one start pitching six innings with 10 strikeouts before departing for the USA CNT- Report.