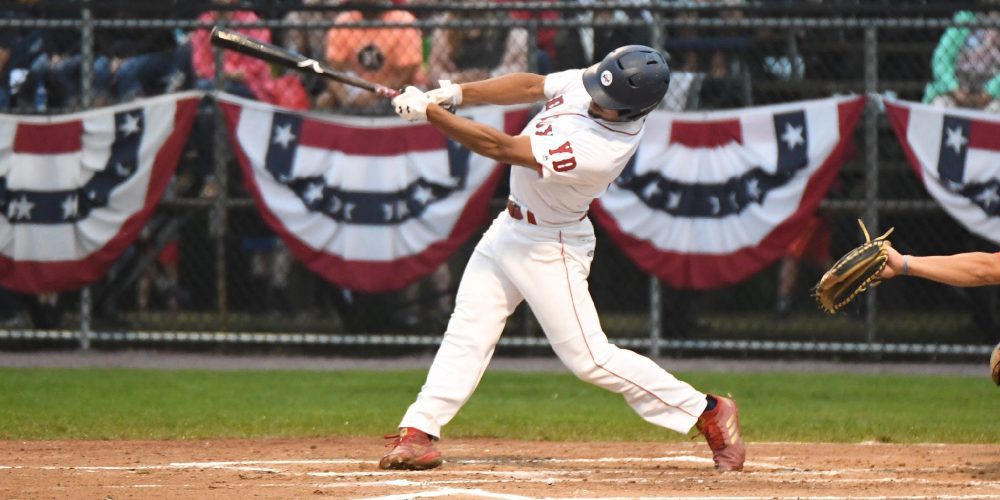 Our final team prospect reports ends with the Y-D Red Sox. Plenty of star power here, with a plethora of prospects on the mound and in the field from both the 2019 and 2020 draft classes.

Athletic, mature build at five-foot-ten, 190 pounds. Plays with a big league swagger. Boasts a plus or better arm when he wants to show it and plus bat speed as his top tools. Can also make fielding look easy with dazzling plays at times. Is most adept at making plays in his fielding box. Near average present range with the potential to be an above average defender overall. His bat speed is generated with good hand strength, barrel tilt and weight transfer. Ball jumps off his bat, showed plus to better raw power to his pull side. Set up with an upright and slightly open stance in the back of the box. Minimal separation as he carries his hands on his positive move towards the ball instead of keeping them back. Will crush cookies in his happy spot and, when on time, can easily turn around velocity, as he did to a low-90s, middle-in fastball on one of my looks. However, he has plenty of holes with his aggressive approach and in/out bat path. With 44 strikeouts in 131 plate appearances this summer, there is obvious swing/miss to his game. At times, his super aggressive approach gets the best of him and his pitch recognition is hindered by too much forward head movement when he drifts. The drift and swing path make him susceptible to the hard stuff inside and off speed away. He must be near perfect with his timing…the more a hitter moves, the better the timing must be. Greater separation could enhance his torque and create even more bat speed. It may also help his success with off speed pitches by keeping his hands back. Regardless of his subpar offensive showing in the Cape, Quintana slugged .471 and .592 his first two seasons at Arizona and has developed a strong reputation with the bat. Recent Arizona Wildcat hitter’s success (Bobby Dalbec, JJ Matijevic, Jared Oliva, Alfonso Rivas) in pro ball should also bolster Quintana’s draft status. Overall, his tools may profile even better behind the plate, but he may not have the special wiring that is needed to wear the tools of ignorance. He remains a likely early round pick in 2019 and could enhance his scouting perception if he focused on becoming more grinder-like on an everyday basis, rather than smooth and cool.

Athletic at six-foot-two, 185 pounds and quicker twitch for a long build, Koss has many of the defensive tools needed for a ML shortstop. Quick hands, plus arm and easy, fluid actions. Above average range in all directions. Also turns the double play well with a real quick catch/throw pivot. Offensively Koss is still developing. After slashing a promising .309/.404/.383 in the Cape last summer, he regressed to .263/.323/.333 this summer. Set up in the far back of the box with a slightly spread and even stance. Showed fair balance with good separation and near average bat speed. Average raw power to his pull side only. Hit around the ball with a long trigger and swing. Tended to sink on his backside, in need of greater weight transfer forward. At times was overmatched by velocity and as a result was forced to cheat to get to it. This caused susceptibility to off speed and some swing/miss, chasing down. Koss’s greatest improvement could come in the weight room by gaining the needed strength to thrive in the batter’s box. His defensive talents certainly have draft value. By becoming a greater threat in the box, Koss could climb into the middle of Day Two this June. His current profile is very similar to recent 2018 ATL 8th round pick AJ Graffanino, a Day Two best pick.