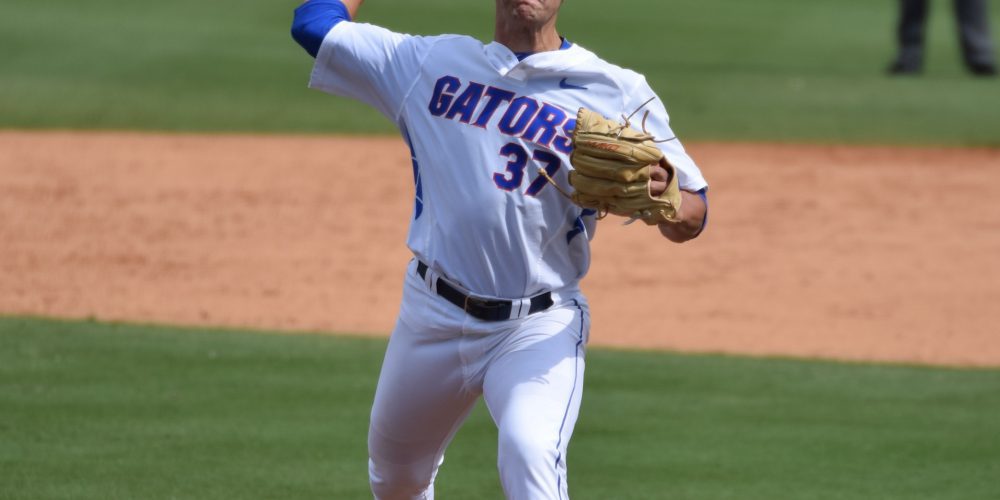 GAINESVILLE, Fla. — Heading into the season, most of us thought Florida and Louisville were the two most talented teams in the country. After spending the last two weekends bearing down on those two teams in person, I still feel that way — although Texas A&M probably belongs in that same elite tier, which I would place just a bit ahead of Miami and Mississippi State on a list of national title contenders.

I like Louisville’s offense better than Florida’s. The Cardinals have game-changing speed that the Gators lack, and I think Louisville’s lineup is just deeper from top to bottom. Losing slugger Peter Alonso for a couple of weeks with a broken hand this weekend certainly weakens the Gators, and you never know how effective he’ll be when he returns in June, presumably at less than 100 percent.

“We feel good that we’re going to get him back for hopefully regional play,” Florida coach Kevin O’Sullivan said this weekend. “It happens to everybody, so you’ve got to kind of move on. I hate it for Pete, I hate it for our team, but at the end of the day, there’s nothing we can do at this point other than get him healthy and get him back as quick as we can.”

Louisville is an outstanding defensive team too, but Florida has to get the edge in that category, as it leads the nation with a ridiculous .986 fielding percentage. There’s no better defensive catcher in the country than Mike Rivera, for my money. He receives and blocks so well, he loves to back-pick and does it well, and his throws to second base always seem to be right on the money. Dalton Guthrie and Deacon Liput are incredibly skilled and reliable in the middle infield, and center fielder Buddy Reed effortlessly glides around the outfield, making difficult plays look routine. No team is stronger up the middle.

The comparison on the mound is tough, but I lean toward Florida because of its depth — even without Jackson Kowar. Vanderbilt also has an impressive collection of premium arms that rivals the staffs that Florida and Louisville put together. I thought it would be instructive to stack up these staffs in a few different categories after spending the last two weeks watching them. I saw 19 different pitchers from these three teams touch 90 mph or better over the last two weeks (I’m not including North Carolina, which also has some nice arms but does not belong in this discussion of the nation’s best pitching staffs). So let’s start with a look at the best fastballs I saw from Louisville, Vanderbilt and Florida.