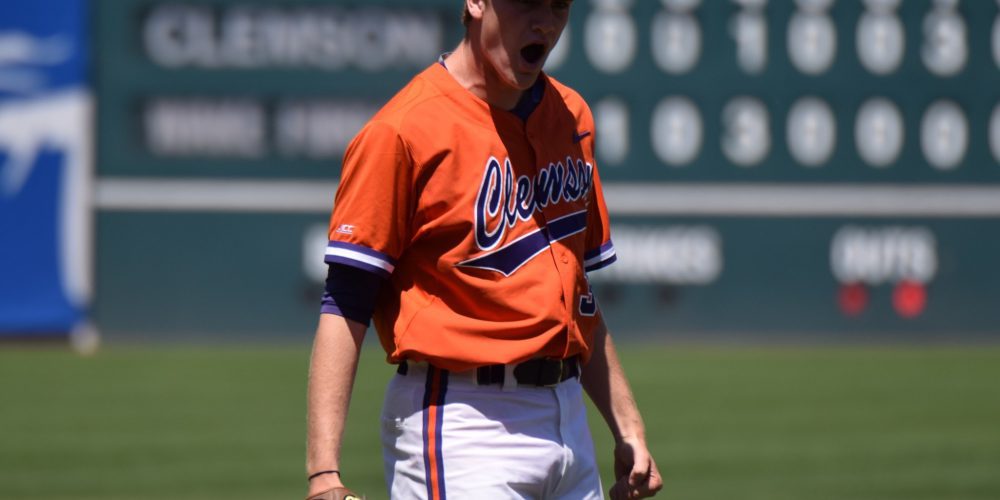 Most Exciting Player: Seth Beer, of, Clemson. There’s no one in this regional that commands the type of attention that Beer does. When he comes to the plate, people are paying attention across the ballpark. For that reason and more, he’s the most exciting player to watch this weekend.

Best Hitter: Seth Beer, of, Clemson. Who else, folks? Though Beer has cooled off from his insane start this spring, to be expected, he’s still hitting an impressive .372 with 123 doubles, 16 homers and 63 RBIs.

Best Defensive Player: Donnie Walton, ss, Oklahoma State. There are some other solid defenders in this regional, such as Clemson catcher Chris Okey and others. However, Walton is a true spark plug for the Cowboys, while also being a consistent, instinctual shortstop with just seven errors this season.

Best Pitcher: Thomas Hatch, rhp, Oklahoma State. The Big 12 Pitcher of the Year is a rising prospect and has put together quite an impressive campaign with a 2.31 ERA in 105.1 innings, along with 92 strikeouts and 26 walks.

X-Factor: Scott Schreiber, Nebraska. Just a couple of weeks ago, Schreiber was arguably the hottest hitter in the country. However, he’s been banged up as of late, missing the last four games, and may or may not play this weekend. Oh yeah, he’s hitting .320 with 16 homers and 55 RBIs, so a pretty good game changer.

Best Starting Rotation: Oklahoma State. The Cowboys have a solid trio of arms in Jensen Elliott, Thomas Hatch and Trey Cobb. All three have put up solid numbers this season, with Hatch showcasing electric stuff at times.

Best Bullpen: Clemson. All three of these teams have some quality arms out of the bullpen, but I’m particularly a fan of the Clemson duo of Pat Krall and Alex Bostic. Krall and Bostic both have mean streaks and have been consistent forces this spring.

Best Offensive Team: Clemson. With Schreiber a question mark for the Huskers, you have to go with the Tigers as the best offensive club in the field. The Tigers have Beer, along with hard-hitting catcher Chris Okey, Chase Pinder and the duo of Reed Rohlman and Weston Wilson, both guys who can make things happen.

Best Defensive Team: Oklahoma State. This is a close one between the Cowboys and Huskers, but at the end of the day, I still give the edge to the Pokes with Walton and J.R. Davis up the middle, while Collin Theroux has been solid behind the plate.

No. 1 Seed Win Probability: 6. This is a rather tough regional, especially with sizzling hot Western Carolina in the first game. However, at the end of the day, I still see the Tigers taking this regional. Close, but they’ll take it.