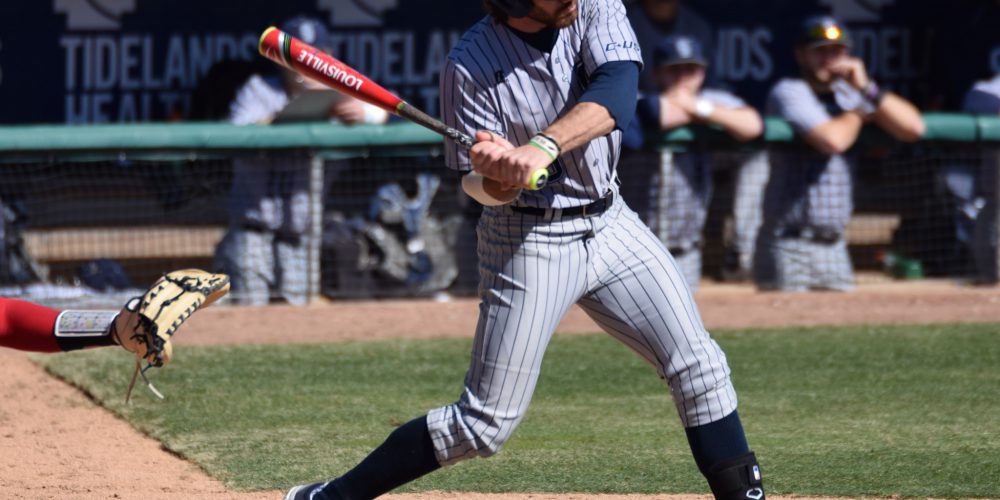 Remember when the Gauchos looked like a team that would be in for a major rebuilding campaign in 2016? Well, the season is still young and things could change, but coach Andrew Checketts’ club looks like one of the national surprises through the first couple of weeks. On Tuesday, the Gauchos took care of No. 21 UCLA 11-6 with Austin Bush going 3-for-4 with a triple and four RBIs, while Josh Adams added a home run. UCLA prized freshman pitcher Justin Hooper allowed five runs (four earned) with five walks in just an inning of work against the Gauchos in his first career start. 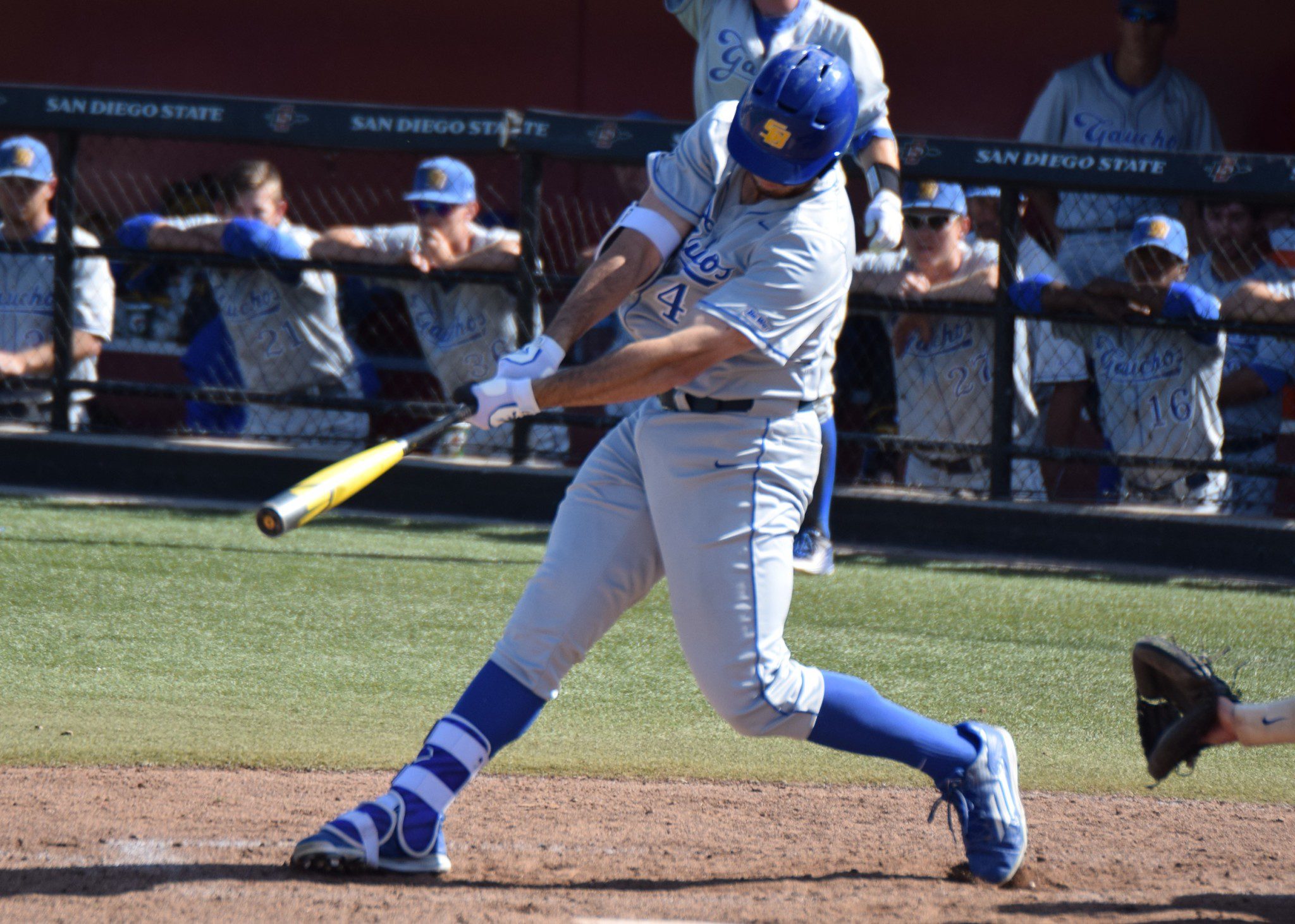 Upset of the day: Jacksonville over No. 15 Florida State

There were some top-25 clubs that had some close calls on Tuesday, but the Seminoles were one of the few unlucky ones that actually lost, dropping a tough 7-3 contest to Jacksonville at home. JU’s Parker Perez and Austin Hays combined for seven hits and two RBIs in the victory, while staff ace Michael Baumann got the start against the ‘Noles and struck out six, walked two and allowed a run on four hits in 5.1 innings.

TCU is in the midst of a seven-game winning streak after beating Texas-Rio Grande Valley 13-0 on Tuesday, and how about this? The Horned Frogs have outscored opponents 63-5 in the last seven games, while also tallying a ridiculously impressive 0.61 ERA. A major hat tip to TCU head sports information director Mark Cohen, who tweeted that factoid Tuesday night.

• Florida freshman talent Jonathan India showed off some power production in a 9-5 road win over UCF, smacking a home run and finishing the contest with three hits and an RBI. UF’s Dane Dunning struck out six Knights hitters, but also allowed three runs in just 3.1 innings.

• Old Dominion elite outfielder Connor Myers had a night to remember, as his team defeated Liberty 7-6 on his walk-off solo home run in the ninth inning. Myers finished the contest with a pair of homers, four hits and two RBIs. Meanwhile, righthander Victor Diaz gave ODU a quality start, allowing two runs (one earned) on seven hits in five innings.

• Texas A&M received an early-season midweek scare against Houston Baptist on Tuesday. The Aggies beat the Huskies 3-2, but it wasn’t pretty for much of the way. A&M needed an RBI triple from Hunter Melton and a walk-off walk in the 13th inning to dispatch a gritty HBU club. Interestingly, HBU elected to start staff ace Matthew McCollough, who struck out four, walked one and allowed just a run on 10 hits in eight innings.

• USC looks like a team beginning to somewhat find its stride, as the Trojans went on the road down to Blair Field and defeated Long Beach State 7-4. Adalberto Carrillo led the way for Dan Hubbs’ team, going 2-for-3 with a home run and two RBIs, while David Oppenheim had a double and four hits. USC’s bullpen work was strong with Mason Perryman, Joe Navilhon and Brooks Kriske all logging scoreless innings.

• Alabama continues to play at a very high level, beating Troy 2-1 on the road with Jon Keller leading the way, allowing just a run on four hits in four innings, while veteran lefthander Thomas Burrows became the program’s all-time saves leader (22) with 1.1 scoreless frames to close it out. The Crimson Tide are off to a terrific 7-1 start.

• Oklahoma has been scuffling the first couple of weeks of the season, but freshman righthander Chris Andritsos might have given this team a real boost on Tuesday in a 3-0 win over Central Arkansas. Andritsos struck out six, walked one and allowed just one hit in seven shutout innings.

• Georgia Tech might have a plethora of youngsters, but Danny Hall’s club appears to be well ahead of schedule, beating Georgia State 11-6 to improve to 8-0 on the season. Brandt Stallings went 2-for-4 with a home run and four RBIs, while Brandon Gold continues his across the board impressive contributions, hitting a double and finishing the contest 2-for-2 with a pair of RBIs.

• Mercer head coach Craig Gibson earned his 400th career win Tuesday night with an 11-3 home triumph over Florida A&M. Mercer was led at the plate by second baseman Ryan Hagan, who went 3-for-5 with a home run, three runs and four RBIs, while on the mound, Conrad Cornell had a quality start, striking out five, not walking anyone and allowing just two runs on three hits in six innings.

• Delaware pulled off a rather interesting upset on Tuesday in a 12-7 triumph over Maryland. Blue Hens leadoff hitter Kevin Mohollen and four-hole hitter Diaz Nardo each had big nights at the plate, hitting a home run and knocking in a combined three runs. In all, the top four hitters in Delaware’s lineup combined for 10 hits.

• Clemson handed red-hot Wofford its first loss of the season in a 7-0 triumph at home on Tuesday. CU’s pitching staff was impressive as five pitchers combined for the shutout, with Alex Schnell starting off the game with 3.1 shutout innings of work. Meanwhile, Reed Rohlman had two hits and catcher Chris Okey had a double and three RBIs.

• South Alabama upended red-hot Southern Mississippi on Tuesday with a 9-3 triumph at home, handing the Golden Eagles their first loss of the season. Jaguars starting pitcher Hunter Soleymani struck out four and allowed just three runs on six hits in 6.2 innings, while Mike Dolloff was terrific out of the bullpen with 2.1 shutout innings.

• New Mexico State appears to be making some serious strides in Brian Green’s first season in Las Cruces. The Aggies made a big statement on Tuesday with a 7-6 road win over red-hot Texas Tech. Trent Stine and Dan Hetzel were key contributors at the plate with two hits each, while NMSU used six pitchers to get the job done. NMSU is now 6-2 overall.