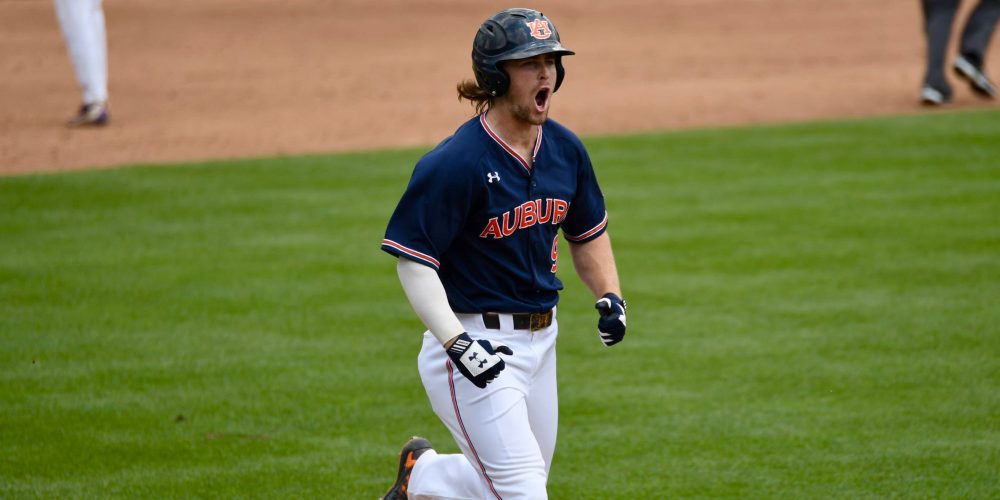 AUBURN, Ala. — Butch Thompson has reason to feel good about what he saw from his Auburn club in its final regular-season weekend against LSU. After scoring 25 runs in a pair of victories Thursday and Saturday, Auburn’s offense sure appears to be firing on all cylinders at the right time. This may not be the deepest pitching staff Thompson has ever had in his coaching career, but he certainly has five to seven guys he can feel good about rolling out on the mound in the postseason, and that’s really all you need.

And Thompson can feel good about the way his team competed over the course of a 14-week season that was full of ups and downs. The Tigers opened the year 19-1, then hit a rough patch as SEC play started, scuffling out to a 4-8 start. So it meant something to Thompson that his team battled back and finished the regular season back at .500 in the league, 15-15.

“It means we went 11-7 after starting 4-8. More than that, I think it just means we’ve experienced everything,” Thompson said. “We’ve experienced highs, we’ve experienced lows, we’ve done it together. We’ve probably fussed a little bit together, we’ve probably had great celebrations after huge moments — (Casey Mize’s) no-hitter comes to mind, complete games. We’ve just been through a lot. What I’ll try to sell to my ballclub is, ‘Hey, these 10 weeks (of SEC play) prepared you for anything. You will not see anything moving forward that you have not experienced before,’ and that makes a team, in my opinion, dangerous. I loved our pitching this weekend. I absolutely love the potential of what I saw in our pitching. Tanner Burns, Cody Greenhill, I think they can get real outs at game time when it means something … Casey Mize, Davis Daniel, Andrew Mitchell — I love the potential of what we saw out of our pitching staff this weekend.”

Daniel, who owns a 5.40 ERA in 15 appearances (10 starts) this season, was overpowering out of the bullpen on Friday, pumping 94-96 heat and bumping 97 in 2.1 scoreless innings of relief, striking out five. He can still start if Auburn needs him to in the postseason, but he sure looked right at home in the bullpen, where he teams with Greenhill to give the Tigers a pair of power-armed righties to lock down the late innings.