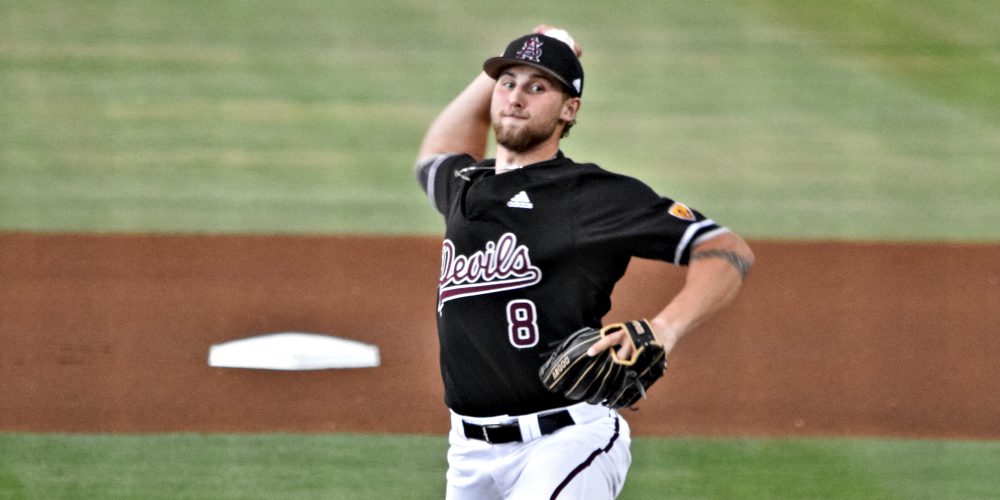 PHOENIX — It was a night where Arizona State junior righthander Alec Marsh was not to be messed with.

Earlier this week, ASU, in Tracy Smith’s words, played one of the worst games of his tenure in a midweek loss to UNLV. The Sun Devils lacked focus, they played incredibly sloppy, and the loss to the Rebels was their fourth in five games.

The Devils knew they were good. But they also needed to avoid getting into a rut in the meat of the conference schedule. So, they looked to Marsh, the hard-nosed junior righty, to provide the much-needed spark Friday night against Oregon State.

He did that and more, tossing his first complete game with the Sun Devils and striking out nine in a 4-1 victory over the Beavers to restore order to the desert.

“I thought he was really dialed in making quality pitch after quality pitch, even after battling from behind at times. I thought it was an exceptional performance by him,” Arizona State coach Tracy Smith said. “His mechanics are sound and his pre-start routine is very good, as good as anyone I’ve ever been around.”

Marsh entered Friday’s game against the Beavers with something to prove. He’s had a strong season for the Devils, but his fortunes took a wrong turn last weekend against USC. The righthander had his toughest start of the season, allowing eight runs and 10 hits in 5.1 innings. Though he didn’t feel like his stuff was bad, it was one of those days, as the Trojans saw his repertoire well and made hard contact.

“One of things we stressed is we were behind in a lot of counts last week,” Smith said. “The one thing I told our guys is that they may knock the ball around, but we’re going to attack the strike zone. It was about trusting his stuff. It makes things much easier when you don’t get behind in the count, and I think it also makes him less predictable.

Marsh, who had a strong fall and was expected to take a huge step forward this spring, was as advertised from the start Friday night.

In the first, Marsh, a 6-foot-2, 220-pounder, went 1-2-3 before allowing a one-out home run to Alex McGarry in the second inning. Instead of teetering at all, Marsh proceeded to punch out Matthew Gretler on a 75 mph curveball before inducing a ground out to end the frame.

He was sensational the rest of the way.