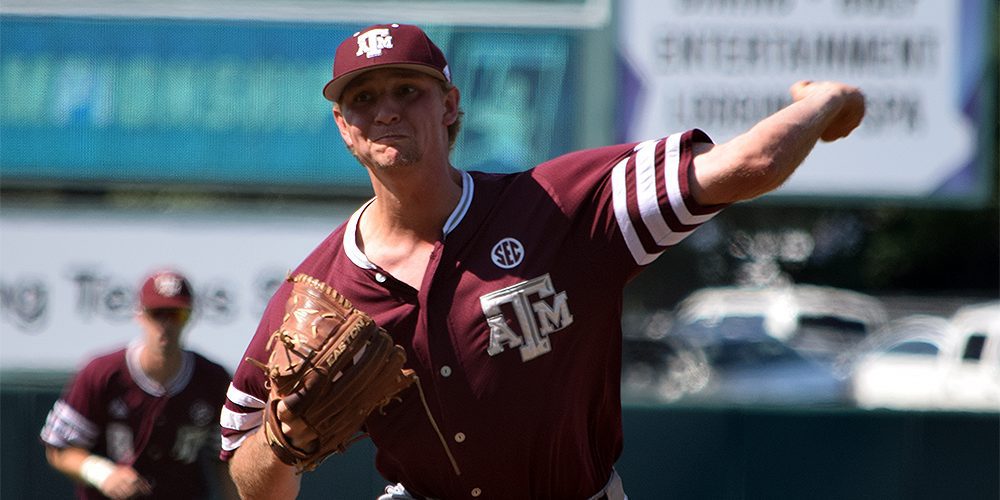 AUSTIN, Texas — Texas A&M answered the most important question we had about it entering the NCAA postseason.

Which A&M team would show up in Austin?

As the Aggies wrapped up the regular season a couple of weeks ago, they hobbled to the finish line. They beat South Carolina in a series opener before stumbling and looking bad in the final two games against the Gamecocks to finish out SEC regular season play.

The Aggies had to get their act together. They were the 11th seed in the SEC tournament and they had a 13-17 league record entering the tourney. In essence, if they don’t go on a run in the SEC tourney, they wouldn’t be making the NCAA tournament. That much is true after the committee spurned Kentucky for an at-large bid earlier this week.

So, the Aggies decided not to leave anything to chance. Kaylor Chafin tossed an absolute gem, freshman lefty Asa Lacy was terrific, and of course, sophomore lefthander John Doxakis allowed just two hits against a powerful Auburn lineup as A&M went 3-1 in Hoover.

A&M did what it needed to do to make the postseason. But would that carry over to this weekend?

Facing a hard-hitting Indiana club on a sizzling hot Friday afternoon, Doxakis was supposed to be challenged in a big way. The Hoosiers entered Friday with the most impressive power numbers of the teams in this regional, and it was warm with the wind blowing slightly out to left field. But Doxakis wasn’t fazed. Instead, he put together a repeat of last week’s performance against Auburn, tallying a career-high 12 strikeouts in a dominant 10-3 victory.

“It all started with John Doxakis because he was outstanding and both starting pitchers, I thought, were outstanding through the first three innings. They couldn’t have pitched better than they did and in the biggest moment of the postseason,” Texas A&M coach Rob Childress said. “I don’t know if he was better [Doxakis vs. last week], but I think he was every bit as good as he last week against Auburn. He had two really big moments, and he set the bar for himself with that start against Auburn. I started him in the tournament and he did what he did, and I thought he got to it again today.”