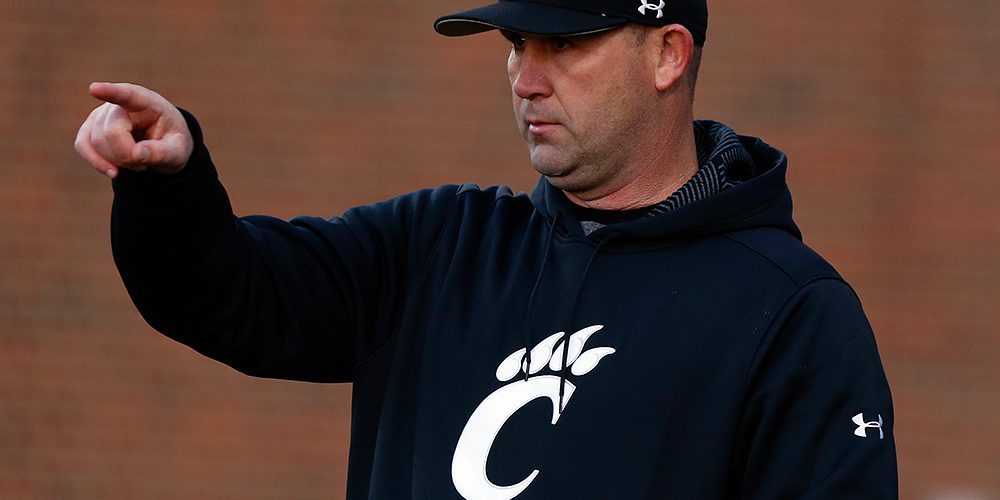 Even when things hit rock bottom for the Cincinnati Bearcats earlier this season, third-year head coach Ty Neal still had zero doubt about this club; they’d find a way to turn things around.

Back in mid-March, that type of bold proclamation seemed like somewhat of a pipe dream. The Bearcats, who went 22-31 and 15-41, respectively, in Neal’s first two seasons, had started the 2016 campaign with a 1-11 record after a midweek setback against Kentucky. For all intents and purposes, this looked like a team that was destined to struggle, especially with a rigorous conference schedule on the horizon against foes such as East Carolina, Houston, Connecticut and Tulane. But, as often is the case in the game of baseball, the Bearcats somehow, some way, have defied the odds, sitting at 18-19 overall and in first place in the American with a 6-3 record following a weekend series win, on the road, over Tulane.

“It’s gratifying to see what our players are doing right now, that hard work is paying off,” he continued. “I created a little phrase a while back, simply ‘The Bearcats Are Coming’ and it’s kind of caught on around campus. I feel like this program is getting better each day, and I feel like what we’re doing and how we’re winning makes sense.”