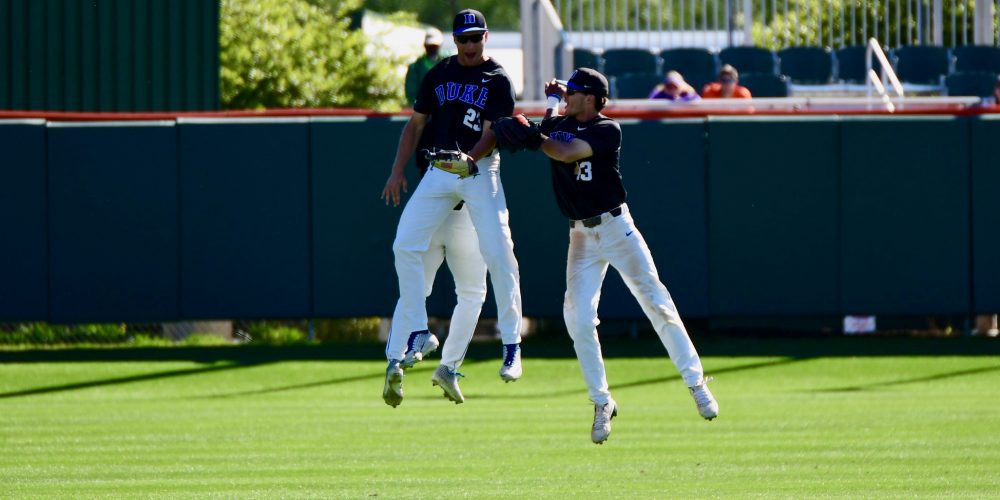 CLEMSON, S.C. – Duke clung to a one-run lead with a man on first and two outs in the ninth Sunday at Doug Kingsmore Stadium. As Clemson’s Davis Sharpe strolled to the plate against Hunter Davis, I leaned next to the Duke dugout shooting photos. Sharpe connected for a deep drive to left-center, then immediately tossed his bat, pumped his fists, screamed in triumph, leapt and twirled in a circle, while the Clemson dugout erupted behind him. I kept my lens trained on Sharpe, trying to get the perfect walk-off reaction shot, so I never saw the flight of the ball.

Then I heard a roar — but its origin was much closer than I had anticipated. The roar had come from the Duke dugout to my right. It turned out, Sharpe’s drive couldn’t get through the wind blowing in, and it came down in left fielder Kyle Gallagher’s glove on the warning track, giving the Blue Devils a 9-8 win and completing a massive sweep.

“I saw him flip the bat, and I actually looked down — I didn’t have the guts to look at it go in the stands,” Duke coach Chris Pollard said. “And then I looked back up, and it was landing in his glove, and I couldn’t believe it. I couldn’t believe the ball stayed in the ballpark.” 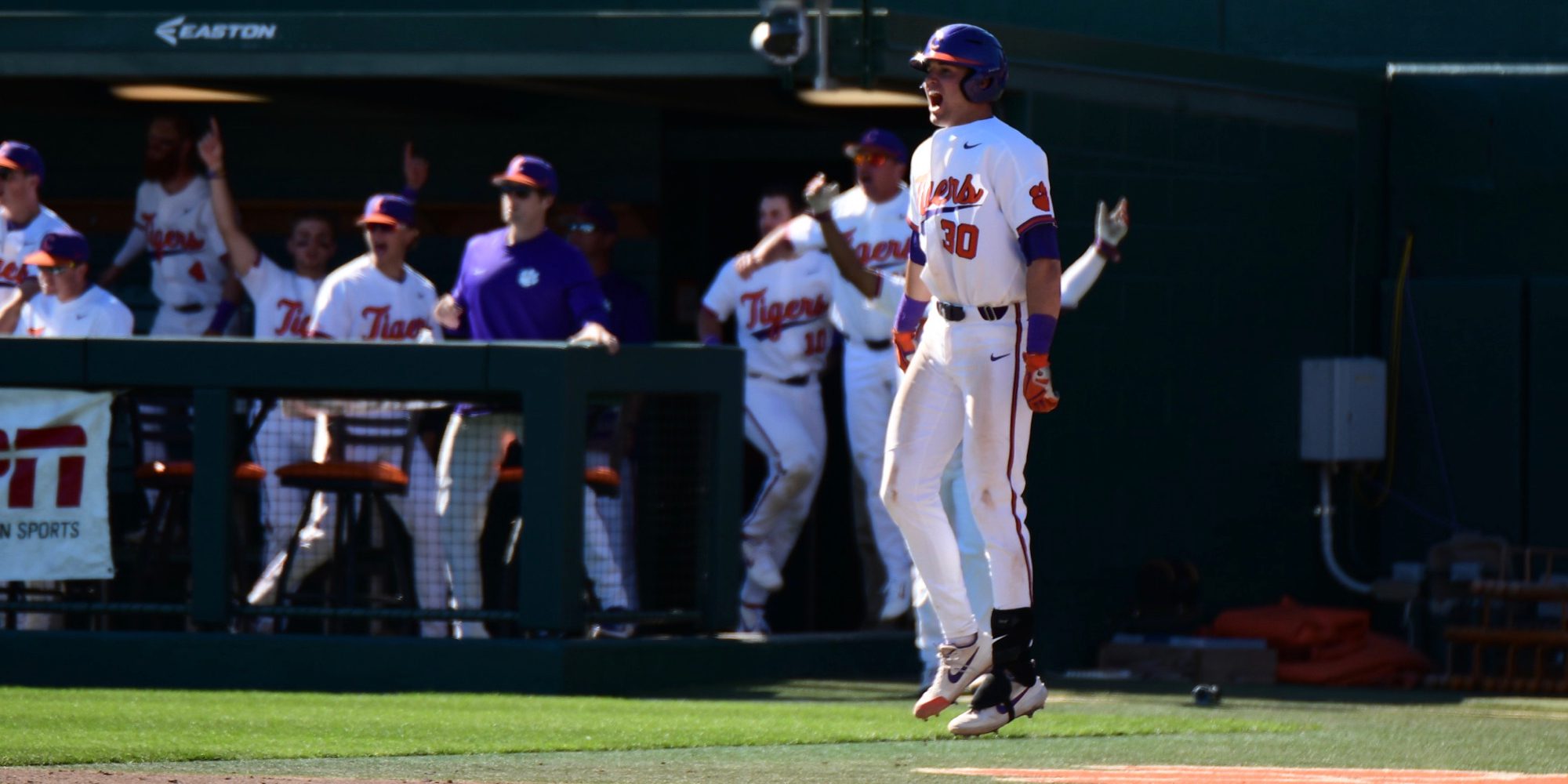 Moments after the game ended, I told the Duke coaches that I never saw the ball and asked what happened. “God intervened,” assistant coach Jason Stein quipped, shaking his head in amazement.

A few batters before that, Gallagher himself had intervened to thwart Clemson’s comeback bid. Clemson’s Kyle Wilkie led off the ninth with a laser to left that appeared destined to be a game-tying solo homer — but the 6-foot-4 Gallagher timed his leap perfectly, stretched out his glove and stole the home run. Given the situation and the degree of difficulty, that has to go down as one of the best catches in college baseball this season.