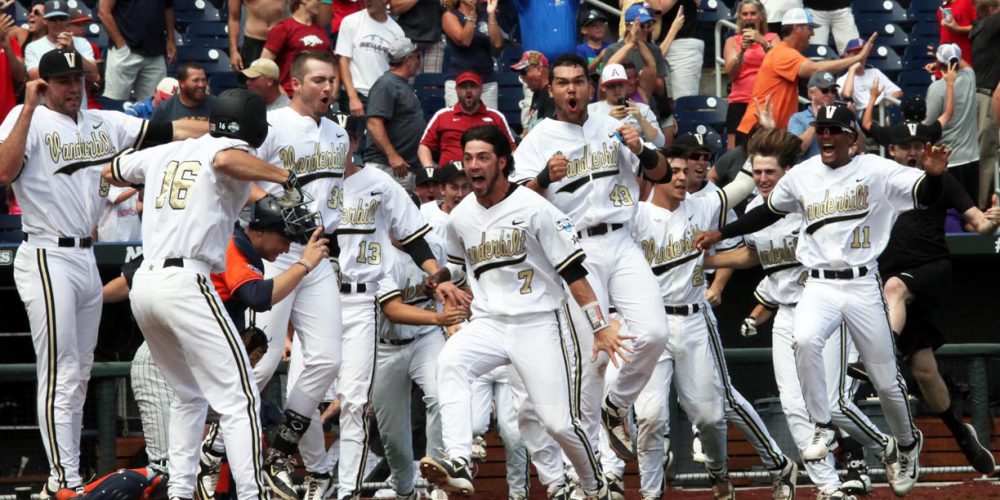 NASHVILLE, Tenn. — The rise of Vanderbilt and Virginia to the top of the college baseball world has prompted plenty of indignation from rival coaches about the way those schools and others like Stanford, Rice and North Carolina can use financial aid and/or academic scholarships to supplement their 11.7 athletic scholarships. It’s no secret that Vanderbilt, in particular, has a huge advantage because of its massive amount of institutional aid; it doesn’t even have to sign many players to a National Letter of Intent, because it doesn’t need to give[…]