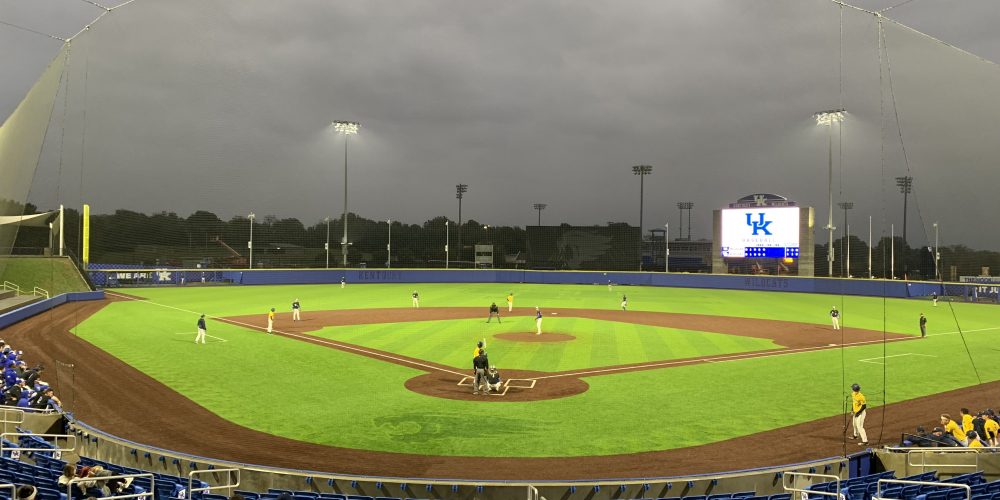 The new Kentucky ballpark as night falls (with the new LED light standards).

Well, we had our opening weekend.

Unsurprisingly, the weather preempted some seasons but as college baseball fanatics, this doesn’t come as a surprise. Mid-February is winter after all. They make jackets for baseball games, at least for those of us not on the field. It was cold in most places, but there were a bunch of games played.

Some things went as expected. Kumar Rocker was dominant in his brief start Monday. Yes, those games were Monday because the regularly scheduled Friday, Saturday and Sunday games were all snowed out in Nashville. Teammate Jack Leiter followed with electric stuff. The[…]

The Baldcast: Who Is On Upset Alert For Week Two?

Off The Top Of My Head: I’m Keeping My Eye On …