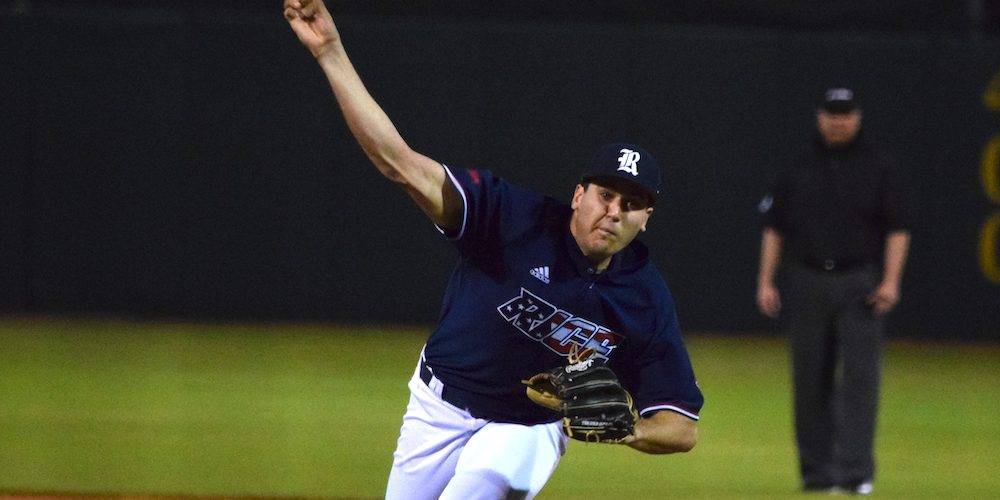 Just a week ago, Rice junior righthander Matt Canterino put together another strong start against Texas State. He allowed just one run and struck out nine batters in seven innings. But somehow, that wasn’t enough to get a win and the Owls dropped a 1-0 decision to the Bobcats.

Rice proceeded to win the next two games at the Shriners College Classic, and also looked much improved in a pair of midweek games, even with one of those games a loss to a strong Sam Houston State club.

That same beat — one of marked improvement — went on Friday night against Oklahoma. Canterino tossed yet another gem, and this time, he received plenty of help from his teammates in a dominant 8-1 win over the red-hot Sooners.

The emotion and satisfaction of yet another strong performance was evident as Canterino, after striking out Oklahoma’s Tyler Hardman to end the sixth inning, pumped his fist and made an arm gesture toward his neck. The feeling around Reckling Park is a little different than it was the first two weeks against Rhode Island and UC Irvine.

“Just coming in — we’ve been winning more recently, and I feel like we’re getting our feet under us. We had a tough loss to Sam Houston State on Wednesday, so just to be able to come out and put my team in position to win was huge,” Canterino said after the game. “I knew my pitch count was getting up [in the sixth inning] and I wanted to be able to get through it and get momentum for our guys.

“We know we can win now,” he continued. “We know we have plenty of pieces, and we’ve put together some clean games as of late. We almost had a clean game tonight, but our defense kept things together and the offense just kept grinding out at bats.

The showdown between Canterino and Oklahoma’s Cade Cavalli was billed as one of the weekend’s top pitching matchups, and it was easy to see why in the first inning.