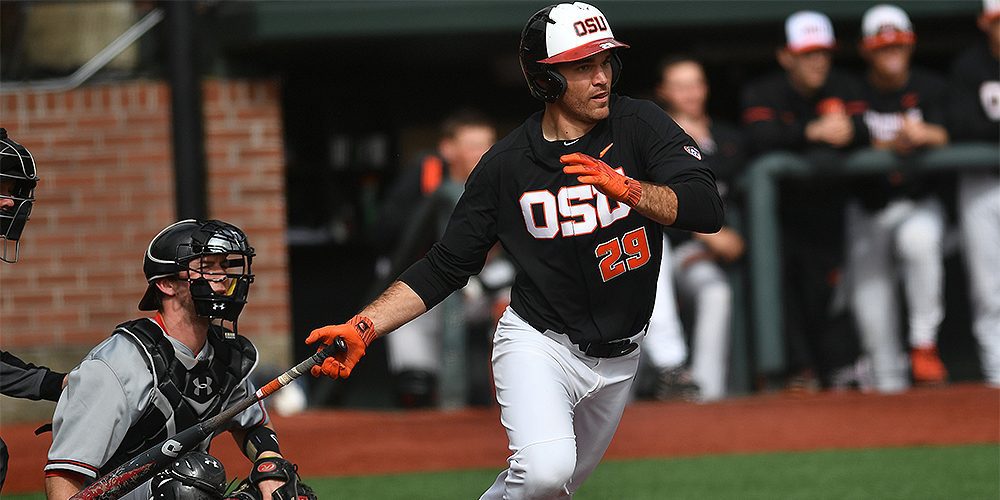 In Jack Anderson’s first career collegiate plate appearance, he looked at three straight pitches, bowed his head and shuffled slowly back to the dugout.

It was Feb. 15, 2015. Anderson’s Oregon State Beavers were hosting New Mexico. Anderson, a pinch-hitter, was facing the Lobos’ closer.

“I got a fastball in, a fastball away and a back-door curve,” Anderson said of his humbling strikeout. “I watched all three. … That’s not how I wanted my first at-bat to go.”

Even so, it seems a fitting part of the story for Anderson, who had no scholarship offers out of high school and is still a walk-on at Oregon State. He wasn’t good enough to be on the team his first year and got just seven at-bats his second season.

And yet, here he is – the starting left fielder on the top-ranked team in college baseball, the 20-2 Beavers.

Last week, Anderson was named to a select group of 30 collegiate baseball players named as candidates for the Senior CLASS Award. CLASS is an acronym for “Celebrating Loyalty and Achievement for Staying in School.”

The award seeks to find the players with the greatest character who contribute on the field but also in the classroom and in the community.

“I read about that award, and it describes Jack perfectly because of his character and everything he does in the community,” said teammate Nick Madrigal, Oregon State’s second baseman who is set to return from injury in a few weeks. “Our team wouldn’t be the same without him.”