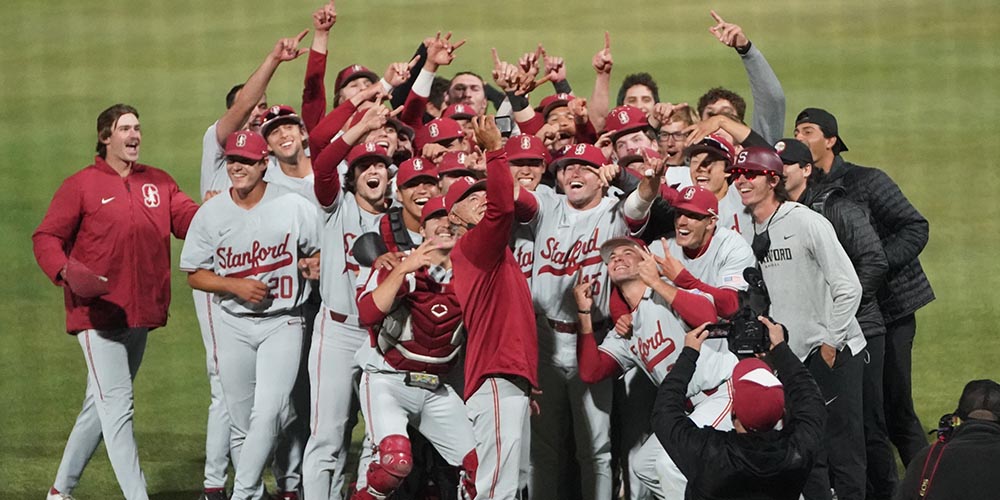 Stanford coach Dave Esquer gathered his team for a selfie after the 11-8 win over UC Irvine.

STANFORD, Calif. — For the seventh time in program history the Stanford Cardinal played a game on June 7th, and for the seventh time they won. Those past six wins on this day include four wins in Super Regional games and two wins in Omaha. The biggest June 7th win came in 1987 when the Cardinal beat Oklahoma State 9-5 for their first-ever national title.

Well guess what today was? Or, by the time you’re reading this, I should ask guess what yesterday was? June 7th. And guess what Stanford did? They won. Again. This time it came against UC[…]