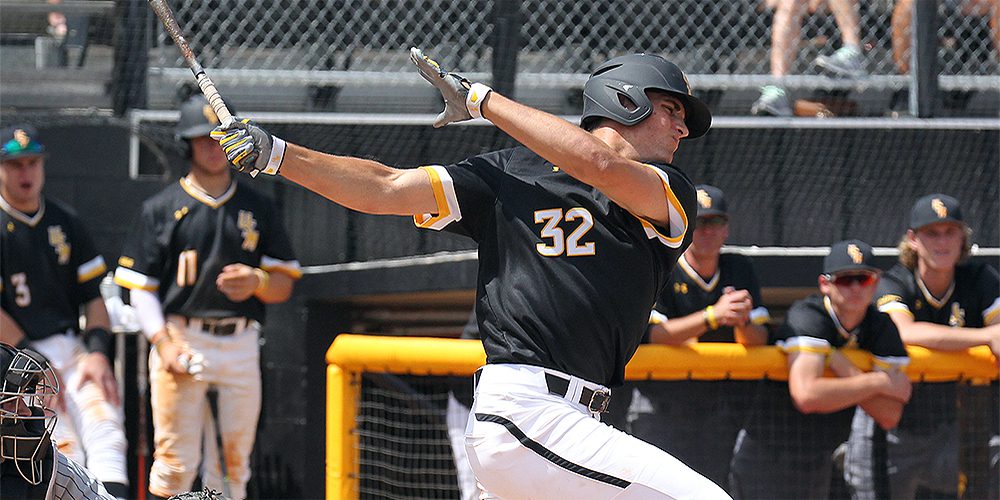 Title Chasing Down The Stretch

With just three weeks until the Conference USA tournament, the league has a tight race with four teams within two games of first place. At this point, every team has had their slip-ups and each program tries to connect some victories down the stretch to earn a postseason berth.

Southern Miss has led the conference much of the season. The Golden Eagles enter this weekend’s showdown with second place Florida Atlantic a game up on the Owls in the standings. Old Dominion and Charlotte are each two games back.

This weekend is huge for a Florida Atlantic club that could use a regular season title to offset its upper 50s RPI (#59 on Monday). A road series win at 34-12 Southern Miss would likely propel their RPI rank into at large range and put them into a first place tie in the standings. Keep in mind that road games count 1.3 victories in the adjusted RPI. Road losses count just 0.7. That means a road series victory would be worth 2.6-0.7 to FAU and also give it two more top 50 wins. At 4-2-1 vs the top 50 today, a 6-3-1 mark would help them stand out among other bubble teams.

Despite Southern Miss’ series loss in Hattiesburg two weeks ago to Old Dominion, the Golden Eagles are a handful at Pete Taylor Park. With home series with FAU and UAB before closing at UTSA, the conference title is within sight for Scott Berry’s club.

“I will know more after this week,” Berry said prior to last weekend’s sweep at Middle Tennessee. “We are one game ahead in the conference after losing a series to Old Dominion. Hopefully we have gone through this little speed bump. Most every club usually does. I would rather it be now than later. We just need to learn from it and move forward and apply it to the next opportunity.”