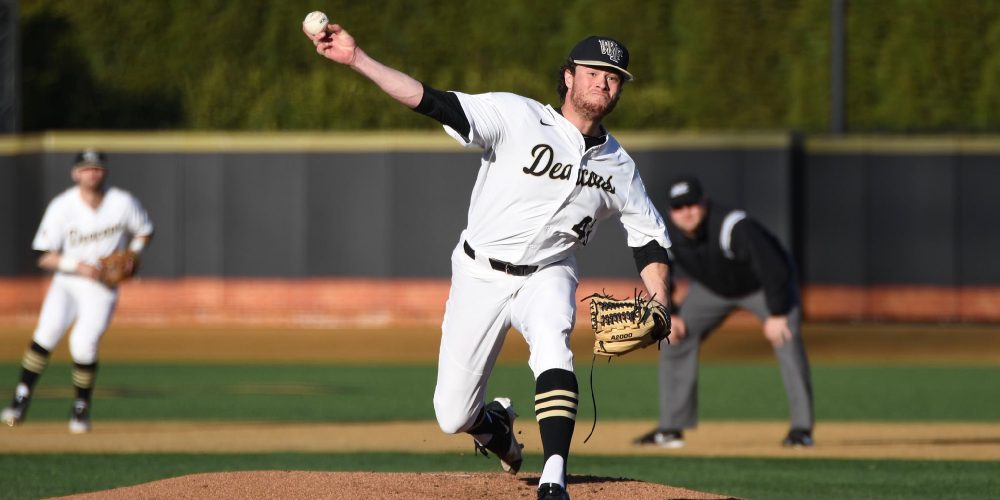 WINSTON-SALEM, N.C. — Wake Forest righthander Griffin Roberts owns the best slider in college baseball — at least in my opinion, and probably in his own opinion too. Roberts has supreme confidence in himself, and especially in his slider, an 82-85 mph wipeout pitch with hard, late tilt. Hitters know it’s coming, and he knows they know — but they still seldom hit it. Roberts even said in a 3-2 count, he’ll throw his slider “like 100 percent of the time.” Here it comes; good luck.

“Yeah, make me pay. My mentality is it’s gonna win even if[…]